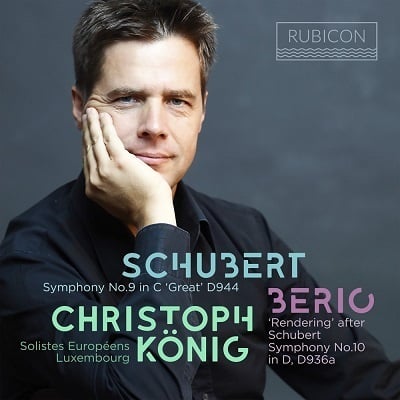 Just before his death in 1828, Franz Schubert was at work on his Tenth Symphony, which was destined to become yet another unfinished work. The extensive sketches are fascinating and show Schubert clearly moving into new sound worlds that anticipate Mahler in the central slow movement. Luciano Berio’s ingenious work ‘Rendering’ brings Schubert’s sketches alive by creating a new work around and within the framework of the unfinished symphony. The European Soloists of Luxembourg and conductor Christoph König complete the album with Schubert’s last completed symphony, his Ninth – known as the ‘Great C major.’