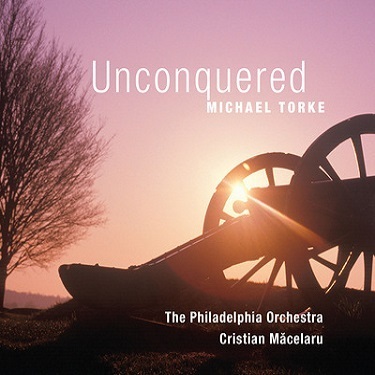 Composer Michael Torke writes of his four-movement symphonic tone poem Unconquered: “The Battle of Saratoga was a decisive turning point of the Revolutionary War, when, after General Burgoyne surrendered his British army, France entered the war, and her support was crucial to the eventual victory, establishing our independence. The title speaks of Saratoga’s victory – an ‘invictus’ – a resolve to stand strong.” The recording by the Philadelphia Orchestra and conductor Cristian Măcelaru was made at the Saratoga Performing Arts Center commemorating their 50th anniversary.