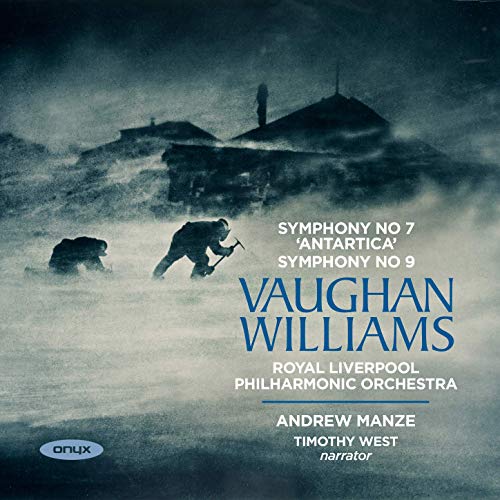 The final volume in the series of Vaughan Williams’ symphonies from the Royal Liverpool Philharmonic Orchestra and conductor Andrew Manze contains two of the most misunderstood and undervalued of the nine. The Seventh, Sinfonia antartica, is based on music he wrote for the film Scott of the Antarctic. It’s not a film score turned into a symphony, but a symphony in its own right. The Ninth, from his last years, shows no sign of creative decline. Although the composer denied any programmatic background, his manuscript clearly shows that the opening movement had been labelled as “Wessex Prelude.”