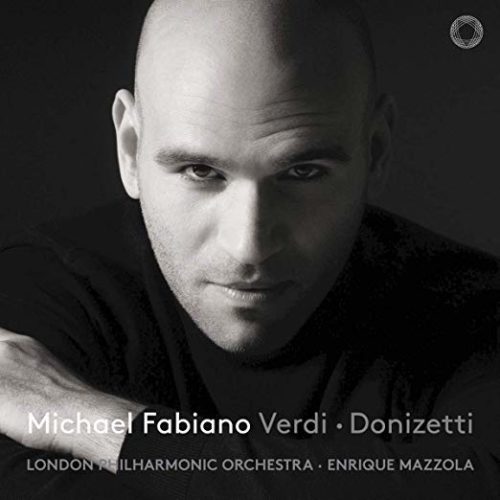 American tenor Michael Fabiano presents a spectacular set of scenes taken from late Donizetti and middle Verdi operas, revealing the strong ties between these two composers. The album documents a paradigmatic shift in Italian opera, from the beautiful lines and crispness of bel canto to a richer, more dramatic musical universe. After numerous successes on the opera stage, this is Fabiano’s debut album on Pentatone. He is accompanied by the London Philharmonic Orchestra and London Voices, conducted by Enrique Mazzola.