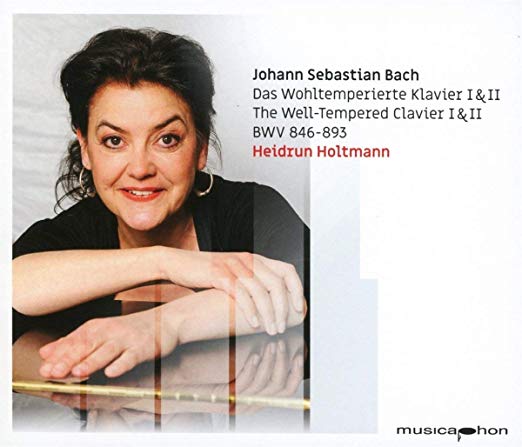 Pianist Heidrun Holtmann was born in Munster, Germany, where she began her musical education at the age of four. Five years later, she was accepted by the Music Academy of Detmold. She was awarded several prizes at national and international competitions. Holtmann’s discography includes the complete works for piano and orchestra by Schumann and Beethoven’s Third and Fourth Piano Concertos in chamber music versions. On this new recording, she presents Books 1 and 2 of Bach’s Well-Tempered Clavier on a 4-CD set.