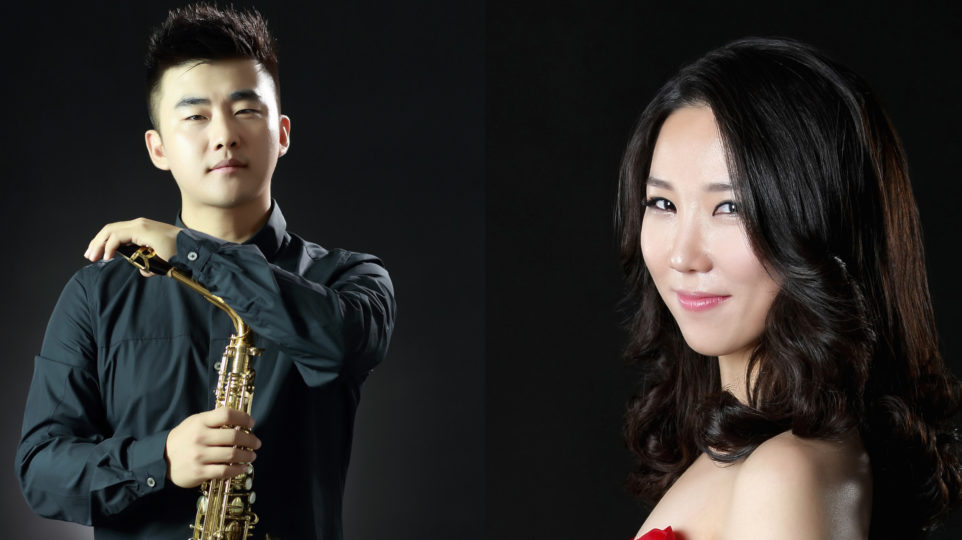 Saxophonist Hyoung-Ryoul Kim is joined by pianist Shin-Young Park with a contemporary program of works by for this Dame Myra Hess Memorial Concert broadcast.

Hyungryoul Kim, from Seoul, Korea, is currently pursuing a DMA in saxophone Performance and Literature from Prof. Richtmeyer’s studio at University of Illinois at Urbana-Champaign. He graduated from the Korea National University of Arts in Seoul, where he received a Bachelor of Music degree and earned master’s degree from the Eastman school of Music, Rochester NY. He received the 4th prize (no 1st and 2nd prizes were awarded) at the Osaka International Competition (2007), as well as a Performance Certificate from Eastman (2012). In addition, he won the concerto competition of the University of Illinois at Urbana-Champaign (2015).

As he is found member of Alaric saxophone quartet and A2 Quartet, the quartets won the Alternate in the 2012 MTNA New York State Competition, advanced to semi-final of 2014 NASA( North America Saxophone Alliance), and named finalist of Coleman Chamber Music Competition 2015.

Pianist Shin-Young Park, a native of Seoul, South Korea, has performed in the United States, Europe, and South Korea both as a soloist and a collaborative artist.

Park received her musical training at Yewon School and Seoul Arts High School in South Korea. She has won numerous awards and prizes including winning of Krannert Debut Artist Award, Sinfonia da Camera Concerto Competition, American Fine Arts Festival International Concerto Competition, the Ross Fellowship, the Langford Fellowship, the Gilmore Fellowship, Korea Chopin Competition, Samick Piano Competition, and many more. After graduating from Seoul National University where she received a Bachelor of Music degree with honors, she moved to the United States and earned a Master of Music degree as a recipient of University Graduate Scholarship from the University of Cincinnati College-Conservatory of Music.

She is currently pursuing her Doctor of Musical Arts degree in Piano Performance and Literature at the University of Illinois at Urbana-Champaign as a recipient of a three-year full scholarship, the Langford Fellowship, and the Ross Fellowship under the guidance of pianist Ian Hobson.

Sonata for Alto Saxophone and Piano, by Paul Creston
With Vigor
With Tranquility
With Gaiety