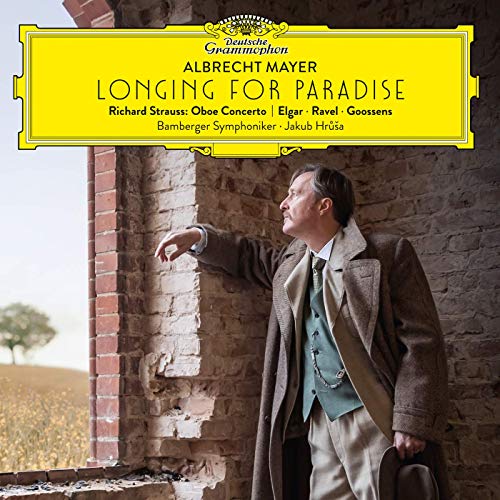 Star oboist Albrecht Mayer’s new release, Longing for Paradise, contains one of the most demanding works in the repertoire for his instrument: Richard Strauss’s first and only Oboe Concerto. Augmenting the Strauss concerto is a new arrangement of Ravel’s famous Le Tombeau de Couperin for oboe and orchestra, as well as less familiar masterpieces by Edward Elgar and Eugène Goossens. Mayer is accompanied by the Bamberg Symphony under Jakub Hrůša, the orchestra’s principal conductor since September 2016.