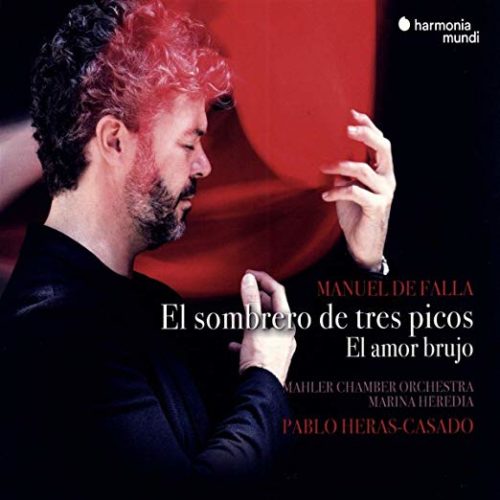 The two splendid works on this album were the result of Manuel de Falla’s encounter with the husband-and-wife team of dramatists Gregorio and María Martínez Sierra. El amor brujo (Love the Magician) takes us to the very heart of the flamenco repertory, and the brilliant pantomime El sombrero de tres picos (The Three-Cornered Hat), whose sets and costumes were originally designed by Picasso, are magnificently realized by the Mahler Chamber Orchestra under the direction of maestro Pablo Heras-Casado.