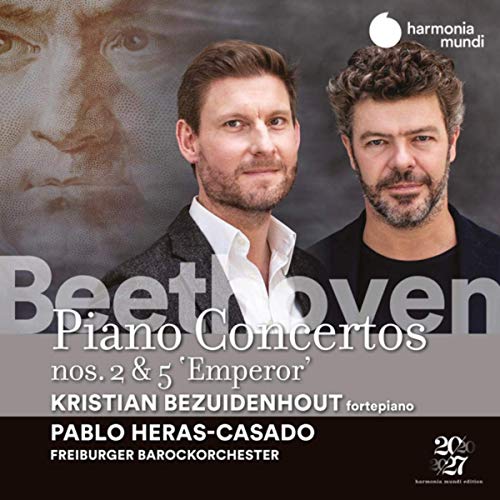 Beethoven’s five piano concertos relate, in a sense, part of the composer’s life: some 20 years during which a young musician from Bonn made several revised versions of the first concerto he wrote (that ended up being called No. 2) before becoming the familiar ‘Emperor’ of music embodied by the brilliant inspiration of No. 5. It is with these two extremes that Kristian Bezuidenhout, Pablo Heras-Casado, and the Freiburg Baroque Orchestra have chosen to start an exciting period-instrument trilogy of the concertos.