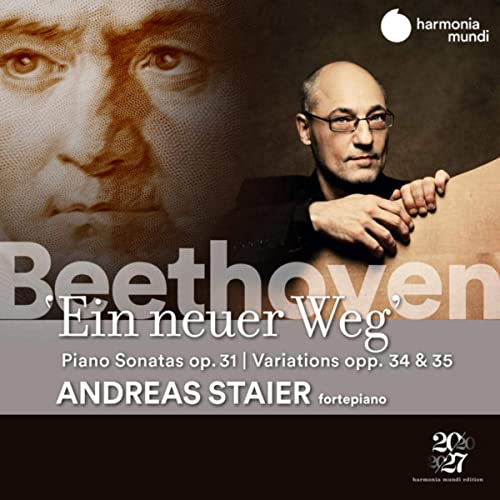 The year 1802 was a decisive one for Beethoven. In the autumn, he wrote the Heiligenstadt Testament, in which he clearly expressed his awareness of the outcome of his inexorably increasing deafness. At almost the same time, he told his friend Krumpholz that he was, “not satisfied” with his “work so far,” and he was planning to embark on “a new path.” The works on this album (Piano Sonatas, Op. 31; Variations, Opp. 34 and 35), skillfully grouped together by Andreas Staier, correspond precisely to that new direction.