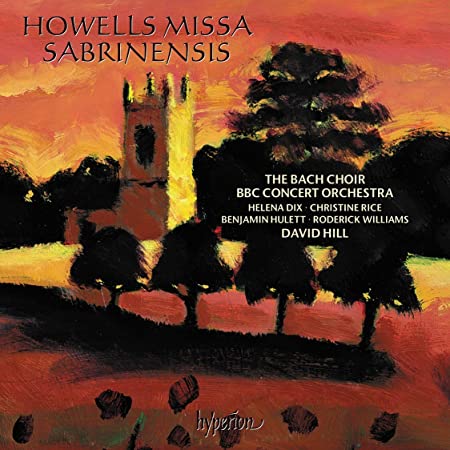 The English composer Herbert Howells is chiefly celebrated for his liturgical choral music within the Anglican cathedral tradition, but that represents a fraction of his overall output. His large-scale masterpieces for chorus, soloists, and orchestra, including the Missa Sabrinensis, take that style and elevate it to a new level. It was the Bach Choir (under Sir David Willcocks) that played an important role in helping rehabilitate the Missa Sabrinensis. This ﬁne recording with David Hill and the BBC Concert Orchestra marks a signiﬁcant new chapter in the work’s performance history.