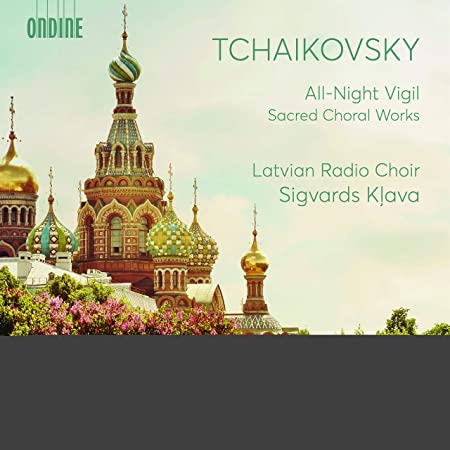 This album presents a sequel to the award-winning album of Tchaikovsky’s sacred choral works by the Latvian Radio Choir and conductor Sigvards Klava. These two albums together form the composer’s complete sacred works for choir. The All-Night Vigil, Op. 52, for mixed choir, also known as the Vesper Service, was written between May 1881 and March 1882. Tchaikovsky described the work as “an essay in harmonization of liturgical chants.” For the piece, he carefully studied the tradition of musical practice in the Russian Orthodox Church.