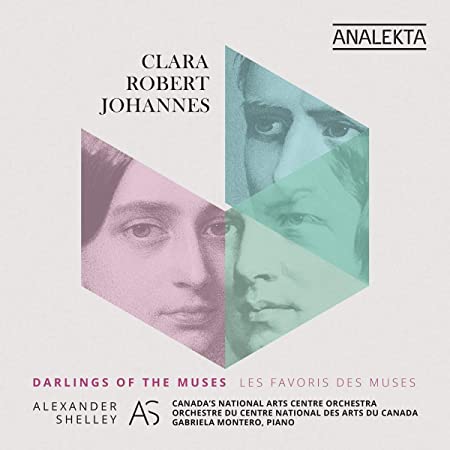 Canada’s National Arts Centre Orchestra, under the direction of Alexander Shelley, presents its new album as part of a recording cycle themed Clara, Robert, Johannes. Darlings of the Muses is the first of four albums to be released over the next two years in this cycle that explores the closely intertwined personal and artistic connections between three musical giants: Clara Schumann, Robert Schumann, and Johannes Brahms. This release includes Clara’s Piano Concerto, played by Venezuelan pianist Gabriela Montero, and Robert and Johannes’ first symphonies. The album is linked together with brilliant solo improvisations by Montero, based on themes by Clara.