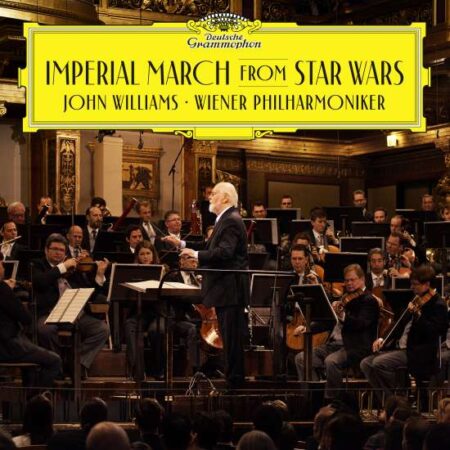 John Williams has added to an already incredibly long list of achievements by making his conducting debut with the Vienna Philharmonic. Their two concerts at Vienna’s Musikverein in January 2020 were the first performances he had ever conducted in continental Europe. Williams and the orchestra were joined on stage for much of the first half by Anne-Sophie Mutter, continuing an artistic partnership formed last year for the album Across the Stars, which featured many new adaptations of the composer’s music for violin and orchestra. As she said after the first concert, Mutter also took great pleasure in watching the Vienna Philharmonic bring its inimitable rich sound to some of Williams’ most iconic film themes.