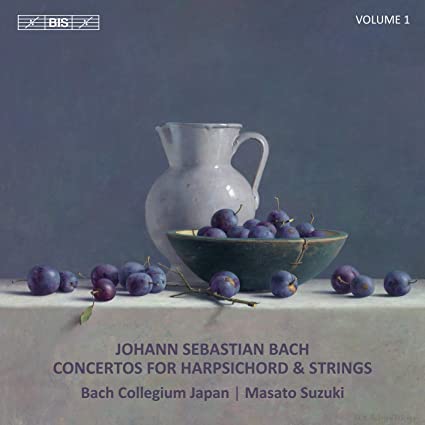 The extant concertos by Johann Sebastian Bach for one harpsichord and strings were all composed before 1738, which makes them some of the first, if not the first keyboard concertos – a genre destined to become one of the most popular within classical music. In all likelihood Bach wrote them for his own use (or that of his talented sons) – probably to be performed with Leipzig’s Collegium Musicum of which he had taken over as director in 1729. But much of the music itself was in fact not new – despite how idiomatic they may sound, many of Bach’s harpsichord concertos are almost certainly transcriptions of earlier works written for other instruments. Harpsichordist Masato Suzuki explores these fresh and exuberant works while directing his colleagues in Bach Collegium Japan.