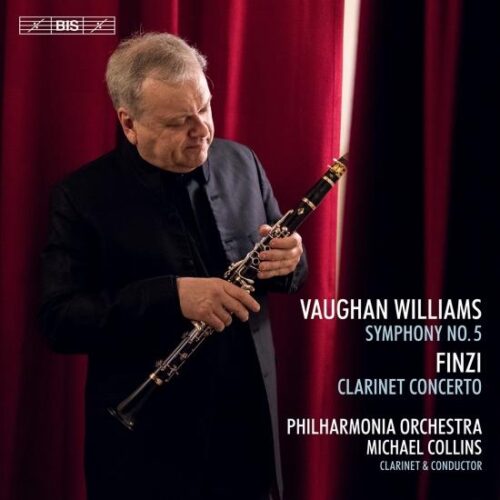 The distinguished clarinetist Michael Collins has recently gained recognition as a conductor, appearing with eminent orchestras across the world. The present disc sees his recording debut as a conductor of symphonic repertoire, from which he has chosen Vaughan Williams’s Fifth Symphony – one of the composer’s best-loved works. Written during the Second World War, the Fifth is surprisingly serene and pastoral. Also on the album is Gerald Finzi’s Clarinet Concerto. For this, Michael Collins reverts to his customary role as soloist, conducting the strings of the Philharmonia Orchestra from the clarinet.