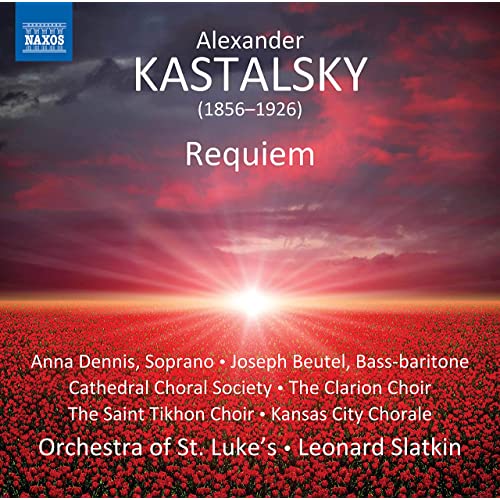 This is the world-premiere recording of Alexander Kastalsky’s Requiem in its complete and revised version for orchestra, choir, and soloists. The album was recorded live in Washington’s National Cathedral in 2018 during a performance commemorating the 100th anniversary of the Armistice. Kastalsky was director of the Moscow Synodal School until the Bolshevik regime banned all sacred music, including the extraordinary Requiem for Fallen Brothers, which consequently lay forgotten for over a century. The Requiem is a rich and varied mosaic that honors those who perished in the First World War.