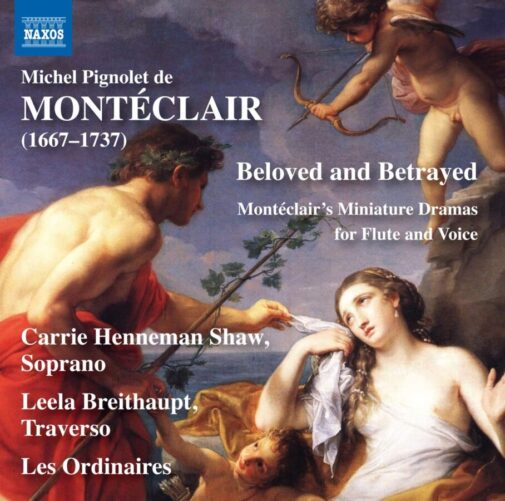 Michel Pignolet de Montéclair (1667–1737), a noted bass violin player in Paris, composed a small but exquisite body of innovative works in a variety of forms, including an opera-ballet. He was also an important figure in the composition of music for flute at a time when innovations in design brought it to prominence as a solo instrument. This album traces his earliest published pieces through to his mature works of the 1730s. They show how Montéclair’s use of vocalised writing, and his ornate and complex obbligati in the cantatas proved to be pivotal in the development of the transverse flute.