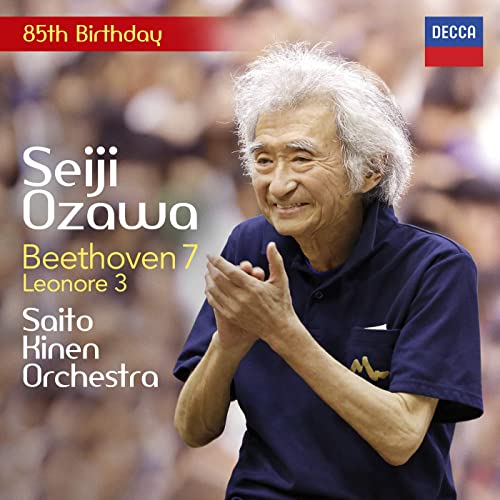 Renowned conductor Seiji Ozawa has released a new Beethoven recording marking his 85th birthday on September 1, 2020. He leads the Saito Kinen Orchestra in performances of Beethoven’s Symphony No. 7 and Leonore Overture No. 3, recorded live in 2016/17. Ozawa formed the orchestra with Kazuyoshi Akiyama in 1984 to commemorate their late mentor, Hideo Saito. The orchestra’s successful concerts and international tours led to the inception of Ozawa’s artistic dream in 1992: the Saito Kinen Festival Matsumoto. He became director of this international music festival which was renamed the Seiji Ozawa Matsumoto Festival in his honor in 2015.