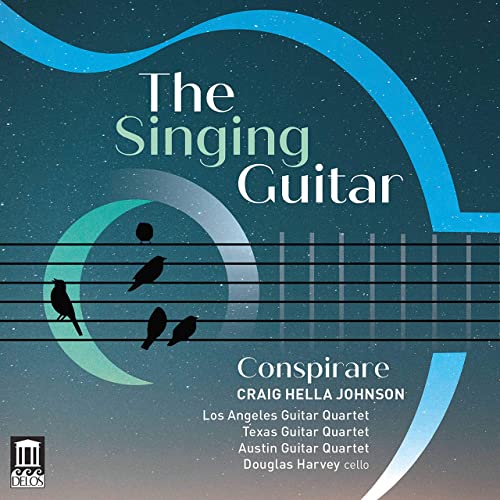 The Conspirare chamber choir, known for its interpretive depth and otherworldly sonic lushness, offers another of its captivating programs—this time joined by three superb guitar quartets—in a program remarkably relevant for our time. Conspirare’s debut album on Delos, The Hope of Loving, was nominated for a Grammy Award for Best Choral Performance in 2020. Here, the combination of guitar quartet and chorus is so successful that one wonders why more composers have not written for it. The works on this album were written by four of America’s greatest living composers: Nico Muhly, Reena Esmail, Kile Smith, and Craig Hella Johnson.