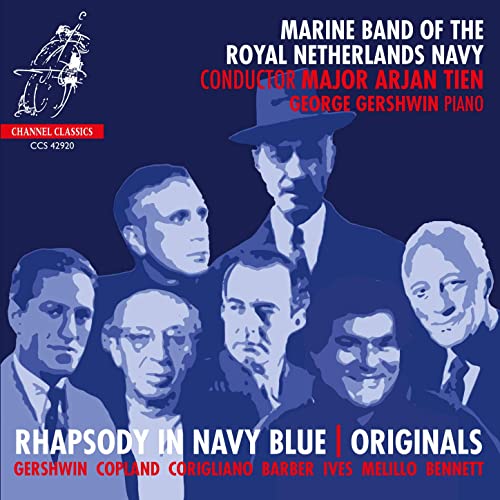 What makes American music so recognizably American, including the compositions for wind instruments on this recording? Is it because it mirrors a multicultural nation? In American music of the twentieth and twenty-first centuries, these cultures and styles encounter one another and intermingle, stretching from Charles Ives through Aaron Copland to John Adams. This recording by the Marine Band of the Royal Netherlands Navy offers a fine sampling of music from the United States for military band and illustrates this typical, multicolored American amalgam of folk music, religious hymns, jazz, blues, marches, and other military music.