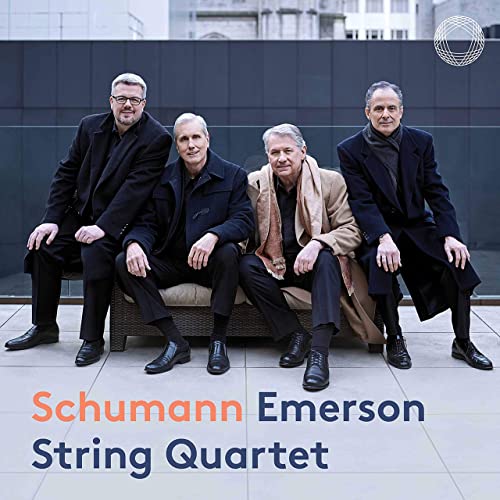 The Emerson String Quartet, widely regarded as one of the world’s premier chamber music ensembles since its founding in 1976, makes its Pentatone label debut with a recording of Schumann’s three string quartets. The artistic power of Schumann, whose life was dominated by alternating periods of depression and manic creativity, seems particularly fitting during the uncertain times of a global pandemic. This music inspires and consoles the members of the Quartet, and their hope is that it may likewise inspire listeners. “At a time when lives, livelihoods, and the performing arts have been threatened by a worldwide crisis,” says Eugene Drucker, “we are grateful for the opportunity to share a labor of love that pre-dated the pandemic: our recording of Schumann’s three quartets, Opus 41.”