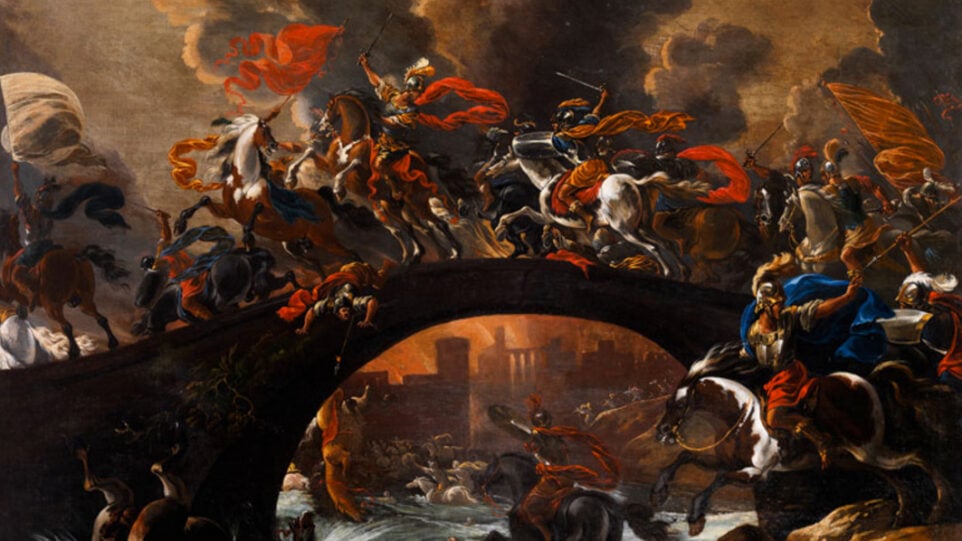 Battle with cavalry on a bridge by Vincent Adriaenssen, 17th century

Aaron Copland: Our Town, excerpts from the score arranged for piano and performed by Ian Gendes.