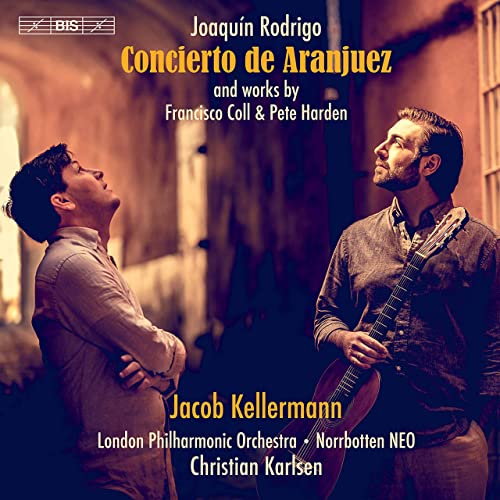 Inspired by Miles Davis’s legendary album “Sketches of Spain,” this project conjures up Spain “as if through a prism – as a concept rather than a place.” Guitarist Jacob Kellermann and conductor Christian Karlsen worked with young composers Francisco Coll and Pete Harden, who have each contributed a work for guitar and ensemble to join Rodrigo’s masterpiece Concierto de Aranjuez. Rounding out the album are two classics of Spanish music: Manuel de Falla’s Homenaje for solo guitar and Evocación by Isaac Albéniz, here in an atmospheric arrangement for ensemble.