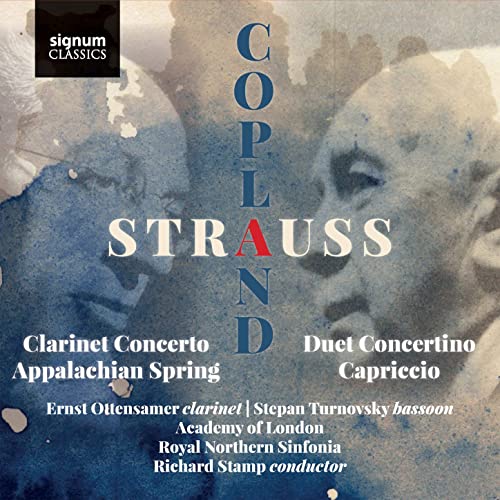 The four works on this release, all composed in the 1940s, embrace the lingering end of one musical tradition and the vigorous upsurge of another. Mellifluous, retrospective, and playful, the Duet Concertino and Prelude to Capriccio were late works of Richard Strauss. In the same decade, Aaron Copland was reaching out via radio, recordings, and film to a new mass audience. Appalachian Spring and the Clarinet Concerto demonstrate a populist, vernacular idiom that absorbed native folk music and jazz. Richard Stamp leads two celebrated orchestras – the Academy of London and the Royal Northern Sinfonia – with renowned Austrian soloists Ernst Ottensamer and Stepan Turnovsky.