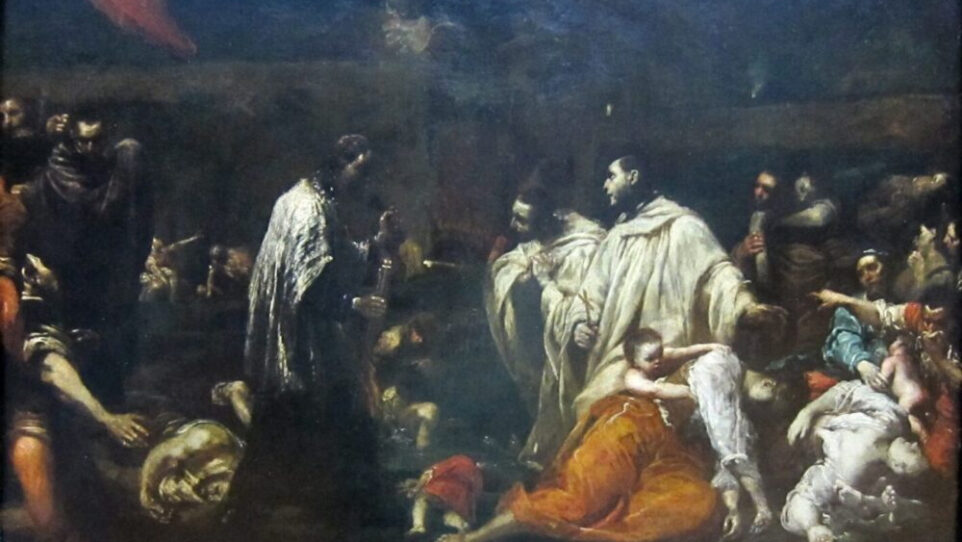 In the autumn of 1656, the Plague epidemic claimed one million lives in Italy. To combat the anguish of the soul caused by the Black Death, Orazio Benevoli composed the Missa “In angustia pestilentiae.” First performed on November 18, 1656, at the height of the plague, we hear it on this edition of Baroque&Before, along with works by Antonio Lotti and Domenico Scarlatti, performed by the 43 voices of the West German Radio Choir Cologne under the direction of principal conductor Nicolas Fink, recorded live in concert September 25, 2020 in Cologne’s Church of the Holy Apostles.

This program will be available as a stream for thirty days following the broadcast. A blue “Listen” button will appear when the stream is accessible.