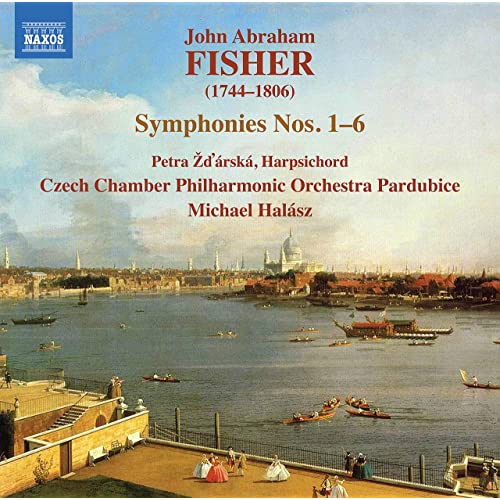 Described as having “natural genius,” John Abraham Fisher was a significant figure in London during the second half of the 18th century. A virtuoso violinist, he also wrote admired stage works for the Theatre Royal, Covent Garden. His orchestral works are largely forgotten today, but his symphonies display a surprising awareness of contemporary continental trends in their use of dynamic variations, revealing the influence of the Mannheim School. Possessing a richness of color, contrast, and surprise, these symphonies typify Fisher’s expanding Classical style. Conductor Michael Halász leads the Chamber Philharmonic Orchestra Pardubice in these rarely performed works.