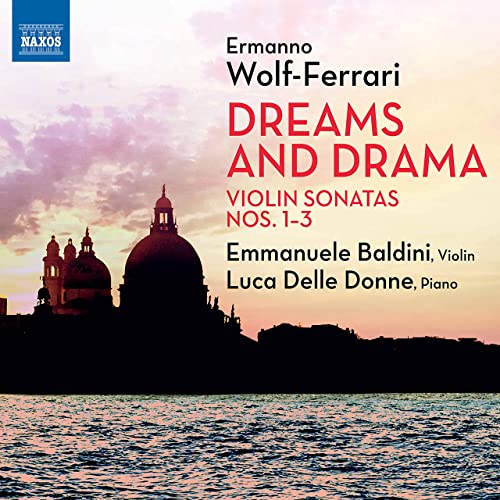 Ermanno Wolf-Ferrari’s reputation rests largely on his operas, but the instrumental music he composed at the beginning and end of his career deserves a wider currency. The influence of Brahms can be detected in the First and Second Violin Sonatas, though Wolf-Ferrari’s distinctive long melodies and chromatic flow are clearly present; the dramatic and expressive Second also includes references to Wagner’s Tristan und Isolde. With its neo-Bachian figuration, passages of intense melancholy, and uplifting operatic fantasy, the final Third Sonata is an enigmatic work, and unlike any other in the repertoire.