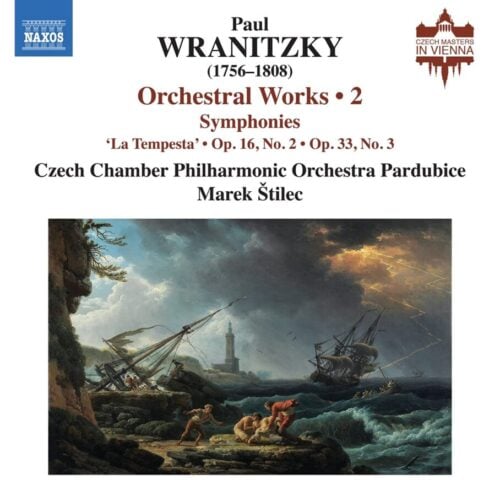 Czech by birth, Paul Wranitzky settled in Vienna where he became highly respected as an orchestra leader and composer. Today overshadowed by his friends Haydn, Mozart, and Beethoven, Wranitzky was the most important symphonist in Vienna in the late 1790s. On this album, the colorful overture to Der Schreiner (The Carpenter) is followed by three contrasting symphonies. The dramatic La Tempesta contains elaborate storm effects, which predate Beethoven’s Pastoral by over a decade. The compact Symphony in A major represents Wranitzky’s early symphonic period of the mid-1780s, while the Symphony in F major is notable for its catchy themes and masterful scoring. Marek Štilec leads the Czech Chamber Philharmonic Orchestra Pardubice in these rarely heard but fascinating works.