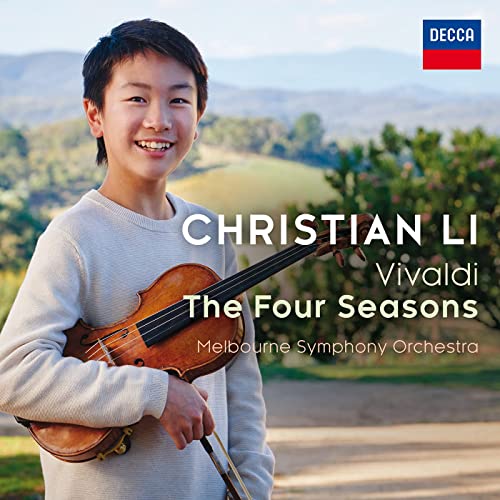 At only 13 years old, the Australian-Chinese violinist Christian Li becomes the youngest artist ever to professionally record Vivaldi’s Four Seasons. Li directs an ensemble comprising members of the Melbourne Symphony Orchestra. Born in Melbourne in 2007, Li began playing the violin at just five years old and came to international attention in 2018 when he became the youngest-ever winner of the Menuhin Competition. Vivaldi’s Four Seasons is a special work for Li, who says, “It’s dramatic, warm, and poetic. I can use the music to tell the poems’ storylines, and it was playing Summer that I won the Menuhin Competition when I was ten, which I really didn’t expect!”