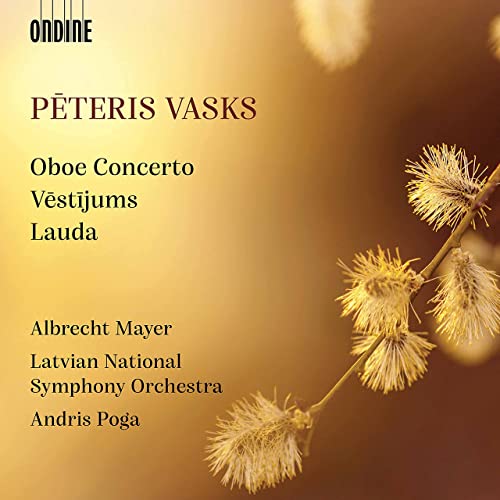 Latvian composer Pēteris Vasks is one of the most prominent names among living composers today. This album by the Latvian National Symphony Orchestra conducted by Andris Poga includes the first recording of Vasks’ atmospheric and pastoral Oboe Concerto written for the centenary celebrations of Latvia’s independence in 2018 and performed by one of today’s leading oboists, Albrecht Mayer. The new concerto is coupled with two early orchestral works from the 1980s, Vēstījums and Lauda – both musical manifestations from the final years of the Soviet Union when occupied Latvia started its peaceful fight to regain the country’s independence.