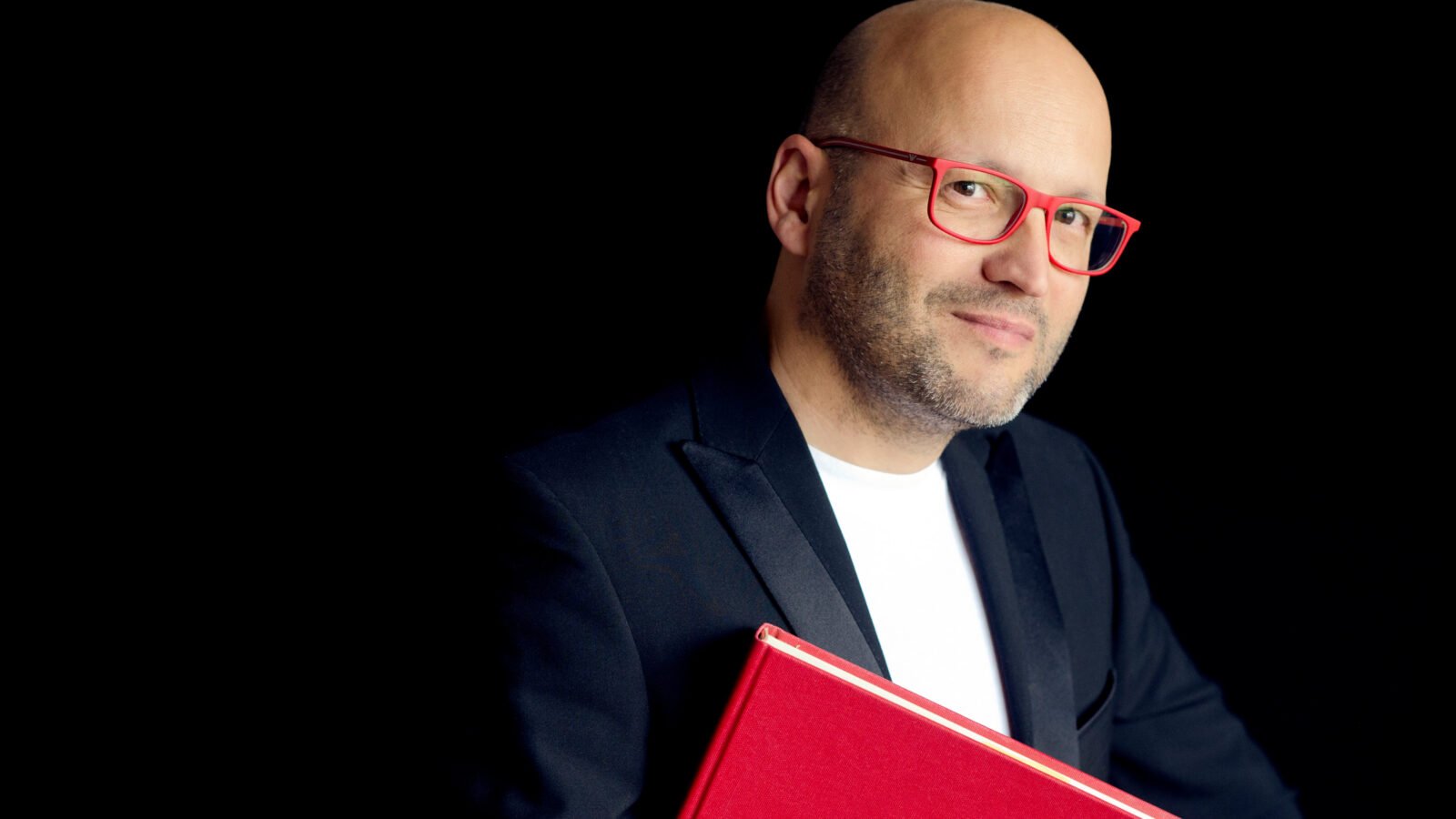 Is this an audience I see before me? As Enrique Mazzola takes the reins as Lyric Opera of Chicago music director, he speaks with WFMT general manager George Preston about returning to live performance, Giuseppe Verdi’s Macbeth, Gaetano Donizetti’s The Elixir of Love, and what he loves most about being a Chicagoan.

George Preston: Congratulations on such an exciting opening night of Verdi’s Macbeth, which had musical execution at the highest level.

Enrique Mazzola: Thank you so much for your words. Yes, it was a really special moment for all of us at Lyric Opera of Chicago.

Preston: How did it feel to be on the podium conducting live once again at the Civic Opera House?

Preston: Do you think that the artists and the audience are coming together now at Lyric and other venues with a renewed sense of appreciation for the music and the art?

Mazzola: I think that it’s quite normal that after so long a time, we both as artists and audience find a stronger reason to go back to live shows. Coming back from this lack of interaction between artists and audience, these first performances are very special and beautiful for us. The feeling is great.

Preston: Let’s talk about the piece that you conducted on opening night and continues to run at Lyric Opera of Chicago, Macbeth. Now we know that Verdi loved Shakespeare and that he famously composed other Shakespeare-based operas much, much later in his career, Otello and Falstaff, they’re both considered masterpieces. What do you love about this earlier Shakespeare opera, Macbeth?

Mazzola: I would add that I think that Macbeth also is a masterpiece. I have to say that when Verdi met Shakespeare, it was always fortunate. Specifically for Macbeth, I think that this somehow supernatural situation inspires Giuseppe Verdi so much that he starts to write operas in a different way. For example, Luisa Miller is just two years after Macbeth. So Macbeth’s supernatural situation creates a new sort of chord connection, a new sort of instrumentation. For example, the woodwinds start to play in the very low register, which gives a sort of scary sound. It’s sort of a spoken singing style, which is very unique. And probably the idea of Shakespearean tragedy, which is between reality and magic, inspired Verdi to slowly start to abandon the pure world of bel canto. 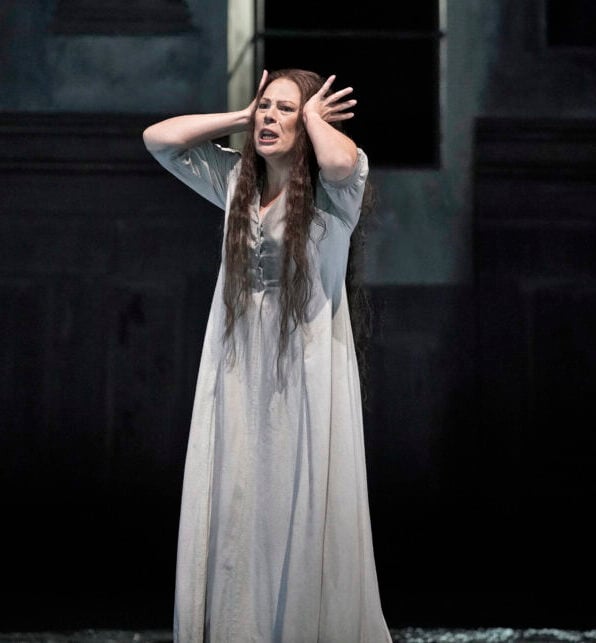 Mazzola: Yes, you are right. Verdi in general has been quite demanding, he didn’t want only voices, singers making a big showcase of the coloratura and cadenzas. He wanted actors. This is the big difference between Verdi and Donizetti and Bellini and Rossini. But specifically in Macbeth, Verdi left in the score a lot of notes on how to sing, how to appear, how to move, how to act on stage for Lady Macbeth. There are so many notes like “this phrase has to be to be sung pianissimo and with terror.” Already in 1847, Verdi was imagining that the artist had to deliver this artistic message not only through a coloratura or a cadenza but by entering the role they are singing.

Preston: From the darkness of Macbeth, Lyric moves to one of the brightest, most sparkling comedies in all of opera: The Elixir of Love by Donizetti. It is hard for me to imagine a more appealing and vocally opulent cast for this opera than the one assembled for Lyric’s production. We have Ailyn Pérez, Charles Castronovo, Joshua Hopkins, and Kyle Ketelsen. Can you describe the musical and comedic chemistry in this ensemble?

Mazzola: What is magic is that our four main singers more or less come from the same generation. I’m the oldest of the group; they are really kids compared to me. And this is beautiful because this makes them very united. You can perceive this not only on stage but also when we finish rehearsals and go to eat something together. It is the most magical moment because there are some small, internal notes that you would never give onstage at a rehearsal. Because it’s become a friendship, these notes now become a suggestion of colleagues eating a burger and sipping a beer. This is really fantastic; this is when you notice that you have a winning team. 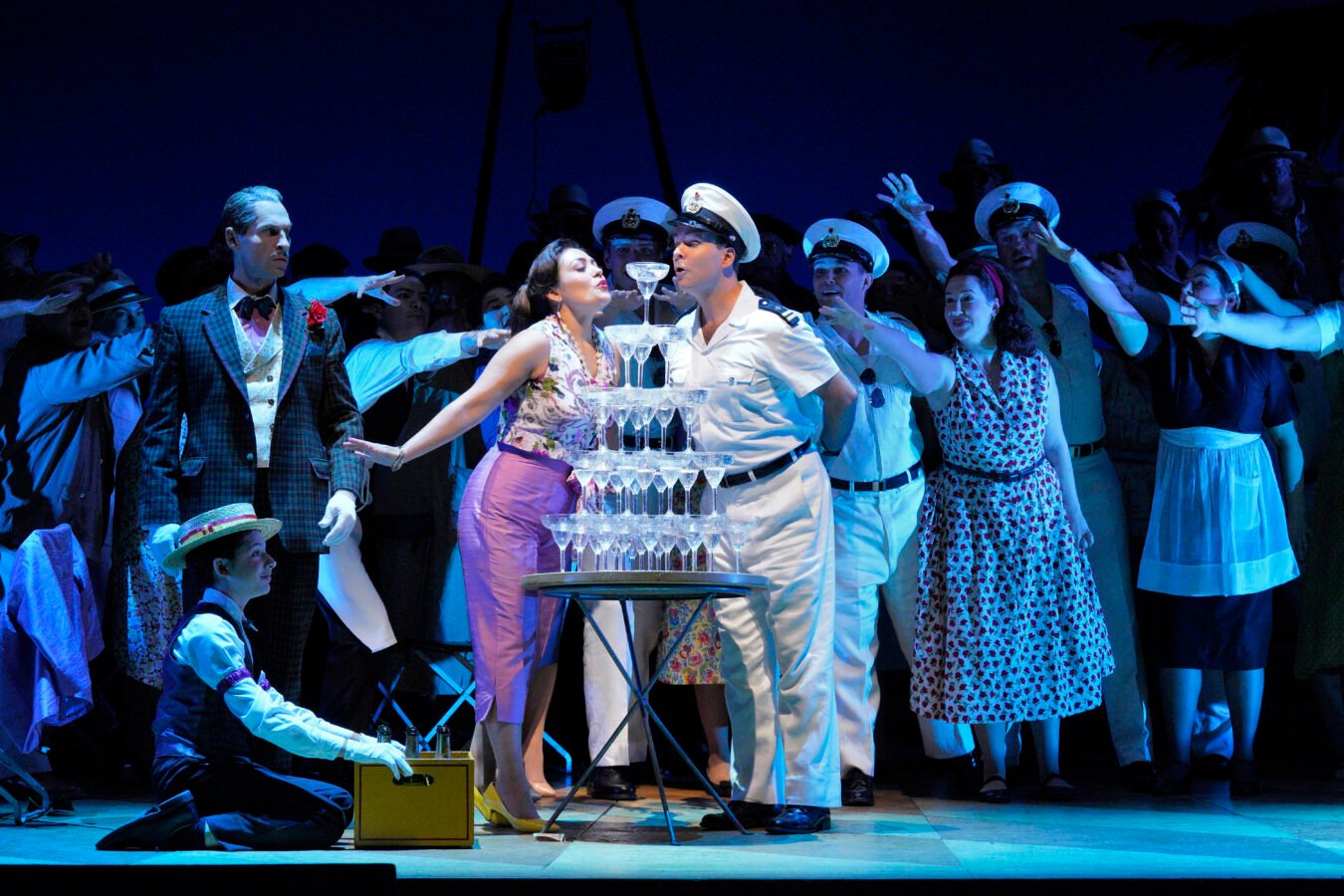 Ailyn Pérez as Adina and Joshua Hopkins as Belcore in Lyric Opera of Chicago’s production of The Elixir of Love (Photo: Cory Weaver)

Preston: And a winning team it is. Elixir is one of those operas I never get tired of hearing and seeing. It’s so fresh and so relatable. Why do you think that this piece remains so popular with audiences?

Mazzola: Well, in some ways, you’ve just said why: this is so fresh. First of all, it is a love story. And people really love love stories. The history of the cinema gave us so many beautiful love stories, and actually, we may consider L’elisir d’amore a love story before the cinema. The second thing is that the melodies are so beautiful, and if I may quote you, so fresh, that the audience may leave after a beautiful show re-singing them.

Preston: This is your first season as the actual music director of Lyric Opera of Chicago. Does it feel different now that you are in this position of consistent leadership?

Mazzola: Since I was appointed music director designate, I’ve been already so engaged in the daily life of Lyric Opera. I participated so much in meetings and in just supporting Lyric. Or just last winter, for example, being here in Chicago and trying to imagine new things in the pandemic period, in which Lyric Opera produced many streaming offerings.

Of course, there was a day in which I officially became music director. But actually, I have to say that this day for me was not very different from the previous. I feel myself a member of the big, beautiful, creative, fantastic Lyric Opera family.

Preston: What do you love most about being in Chicago?

Mazzola: I have no doubt it’s all about the people in Chicago. I mean it’s about this warmth, the open minds, the big hearts, this attitude to be helpful to others which really makes unique the people of Chicago. Of course, there are the buildings, there is the lakeshore, there is a river walk, there are the high-rises. But most of all, I consider that what makes Chicago great is its people. This strong sense of community, strong sense of solidarity is something I deeply love in Chicago.

Enrique Mazzola launches the new Lyric Opera of Chicago season — and his tenure as Lyric’s music director — by conducting Verdi’s Macbeth (through October 9, 2021) and Donizetti’s The Elixir of Love (through October 8, 2021). Visit lyricopera.org for ticketing and information. This interview has been lightly edited for clarity.