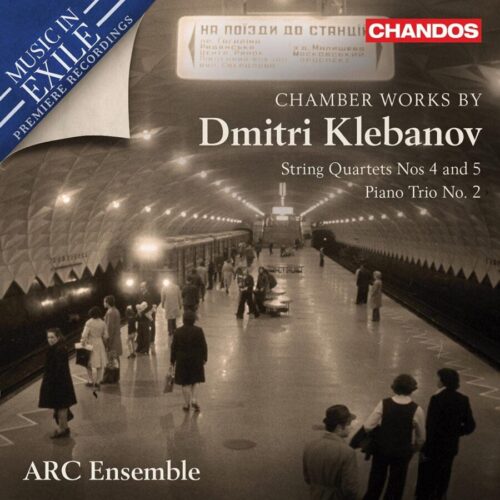 A casualty of Soviet-era cultural suppression and anti-Semitism, Jewish-Ukrainian composer Dmitri Klebanov (1907-1986) is among the scores of musicians whose works are largely forgotten and rarely performed. Fortunate not to have been among those artists and intellectuals arrested, killed, or sent to forced labor camps during Stalin’s brutal reign, Klebanov understood that his career and survival depended on producing works that glorified Soviet accomplishments. But he also managed to produce compositions that reveal a boundless imagination, a spirited vivacity, and a melodic confidence, all of which justify his inclusion in the classical canon. The ARC Ensemble’s Chamber Works by Dmitri Klebanov begins the long-overdue process of gaining recognition for a composer undeservedly relegated to obscurity. The recording is the fifth in the group’s critically acclaimed “Music in Exile” series for Chandos.