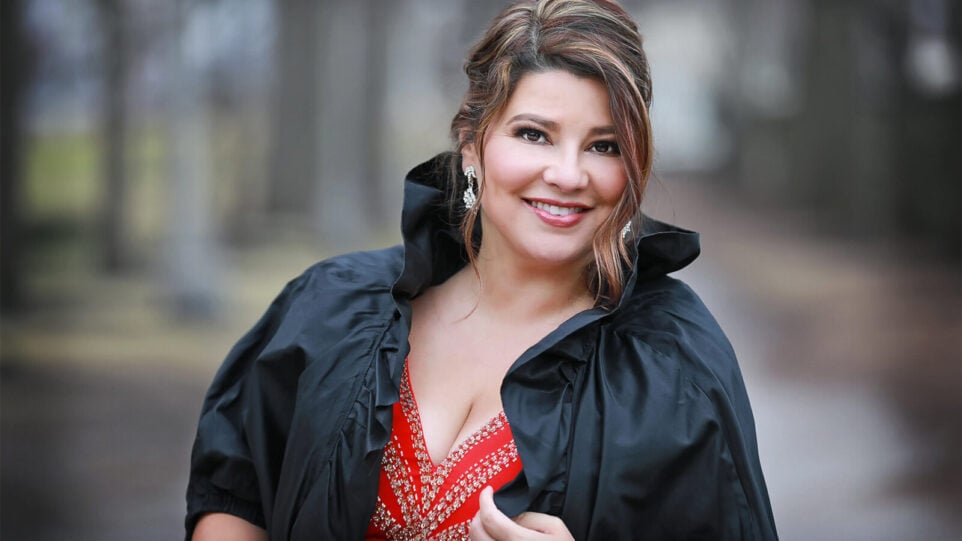 As a coveted performer with a diverse repertoire, American soprano Michelle Areyzaga is held in high regard by orchestras and opera companies throughout the United States and abroad. She has performed operatic roles with New York City Opera in Telemann’s Orpheus as well as in their VOX series, and has appeared in leading roles with Chicago Opera Theater, Lyric Opera of Chicago’s In the Neighborhoods programs, Opera Birmingham, Ravinia Festival, and Orquesta Sinfónica del Estado de México.

Michelle Areyzaga’s association with the music of Leonard Bernstein runs deep. She has become well known for her interpretation of his delightful and moving music – from her portrayal of Cunegonde in Candide to her participation in varied programs featuring his works, including musical theater and chamber music/recital works. Areyzaga toured the show Bernstein on Broadway together with Jamie Bernstein (Leonard’s daughter) for six years, performing it with the Cleveland Orchestra, Minnesota Orchestra, and the Israel Philharmonic Orchestra, and the Oregon Bach Festival, among many others. Areyzaga is still often heard performing Bernstein, such as her performances in Las Vegas and at Ravinia in conjunction with the composer’s centennial celebration.

Known as a foremost interpreter of vocal art song and chamber music, Ms. Areyzaga has been a repeat guest of the New York Festival of Song under the direction of Steven Blier and Michael Barrett, the Chamber Music Society of Lincoln Center, the Chicago Ensemble, as well as Chicago’s Dame Myra Hess Memorial Concert Series, and the Tucson Desert Song Festival. She has collaborated with the Avalon String Quartet, the Cavatina Duo, and the Lincoln Trio, and has been selected to perform world premieres of many new works by American composers.

As a recorded artist, she has performed song cycles by Gwyneth Walker on The Sun Is Love (Proteus). Other recordings include Songs from Spoon River (Cedille) by Lita Grier and The Small Hours, songs by William Ferris. She has sung numerous times in both live and programmed broadcasts on Chicago’s classical music radio station WFMT.

Ms. Areyzaga made her European concert debut as soloist in Vaughan Williams’ Mass in G Minor at England’s York Minster Cathedral, Ely Cathedral, and St. Mary’s Church in Oxford. In Paris, she received standing ovations as soloist in the Lord Nelson Mass with the orchestra of London’s Royal Academy of Music and the St. Charles Singers.

She received her B.A. in Vocal Performance from Roosevelt University with honors and was a member of Ravinia’s Steans Institute for Young Artists. In addition she has been a member of the OperaWorks Summer intensive Program in L.A. and a member of Chicago Opera Theater’s Debut Artist Series.