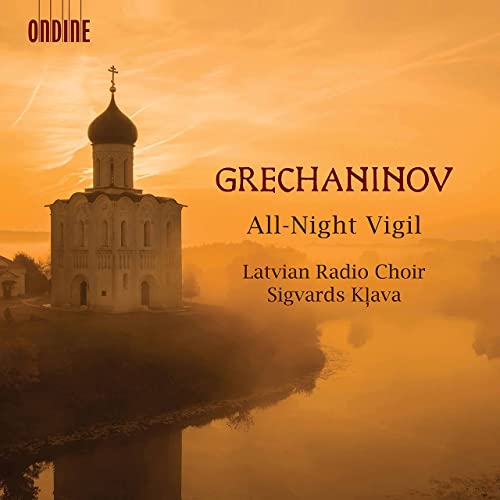 The award-winning Latvian Radio Choir conducted by Sigvards Klava turns its attention to the music of Alexander Grechaninov, one of the masters of Russian sacred music. His All-Night Vigil is a fitting continuation to the choir’s albums of sacred music by Rachmaninoff and Tchaikovsky. Together with the two latter names, Grechaninov’s All-Night Vigil, completed in 1912, belongs to the central repertoire of Russian liturgical music. Unlike the Vigils by Rachmaninoff and Tchaikovsky, Grechaninov’s work was written primarily for concert use. He used traditional Slavic chants as the basis, emphasizing themes of joy, exultation, and jubilance.