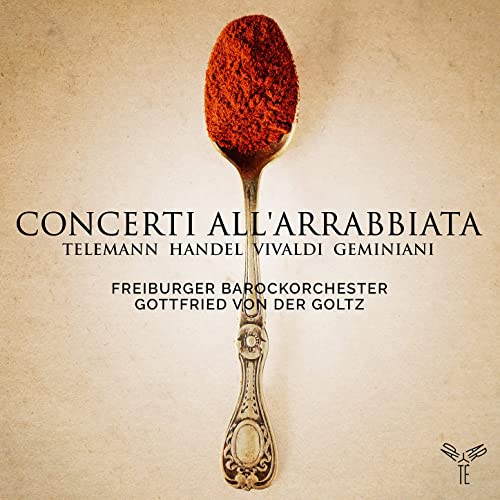 Seventeenth-century Italy not only consumed great quantities of chili peppers, it was also the birthplace of virtuoso, explosive music. The concertos of Giovanni Benedetto Platti, Antonio Vivaldi, and Francesco Geminiani, with their furiously buzzing strings and fleet woodwinds, are perfect examples. These works inspired their musical neighbors in Germany, including Georg Philipp Telemann, who penned a concerto for two intrepid horns as well as the Grillen-Symphonie. Gottfried van der Goltz and the musicians of the Freiburg Baroque Orchestra offer fiery renditions of these thrilling works.