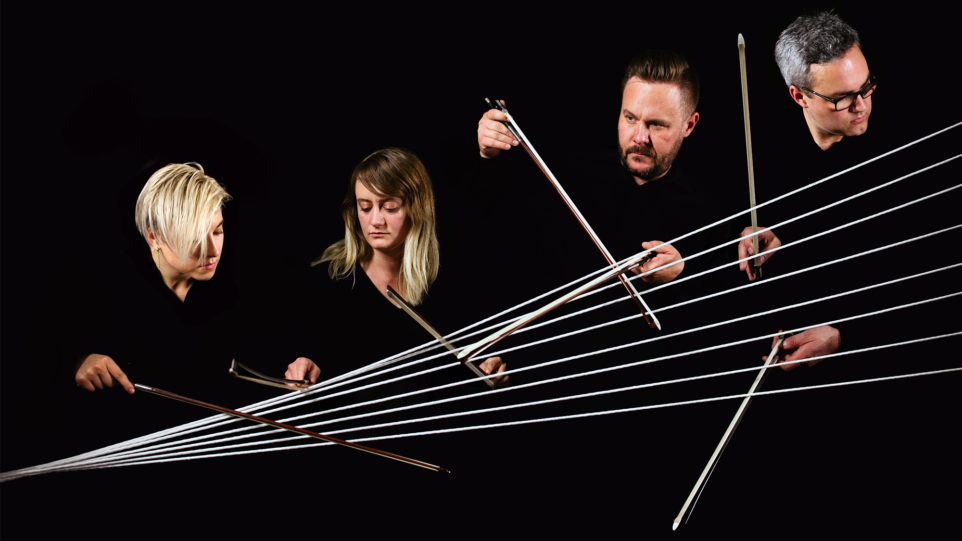 Multi-Grammy nominees, the Spektral Quartet actively pursues a vivid conversation between exhilarating works of the traditional repertoire and those written this decade, this year, or this week. Since its inception in 2010, Spektral is known for creating seamless connections across centuries, drawing in the listener with charismatic deliveries, interactive concert formats, an up-close atmosphere, and bold, inquisitive programming.

With a tour schedule including some of the country’s most notable concert venues such as the Kennedy Center, Miller Theater, Library of Congress, and NPR’s Tiny Desk Concerts, the quartet also takes great pride in its home city of Chicago: championing the work of local composers, bridging social and aesthetic partitions, and cultivating its ongoing collaborations and residencies in the Chicago region. For the 20/21 Season, Spektral is pleased to announce it’s Digital Artist Residency at University Musical Society (UMS) with Lebanese-born Afro-Tarab/jazz innovator Tarek Yamani.

Named “Chicagoans of the Year” by the Chicago Tribune in 2017, Spektral Quartet is most highly regarded for its creative and stylistic versatility: presenting seasons in which, for instance, a thematic program circling Beethoven seamlessly coexists with an improvised sonic meditation at sunrise, a talent show featuring Spektral fans, and the co-release of a jazz album traversing the folk traditions of Puerto Rico.