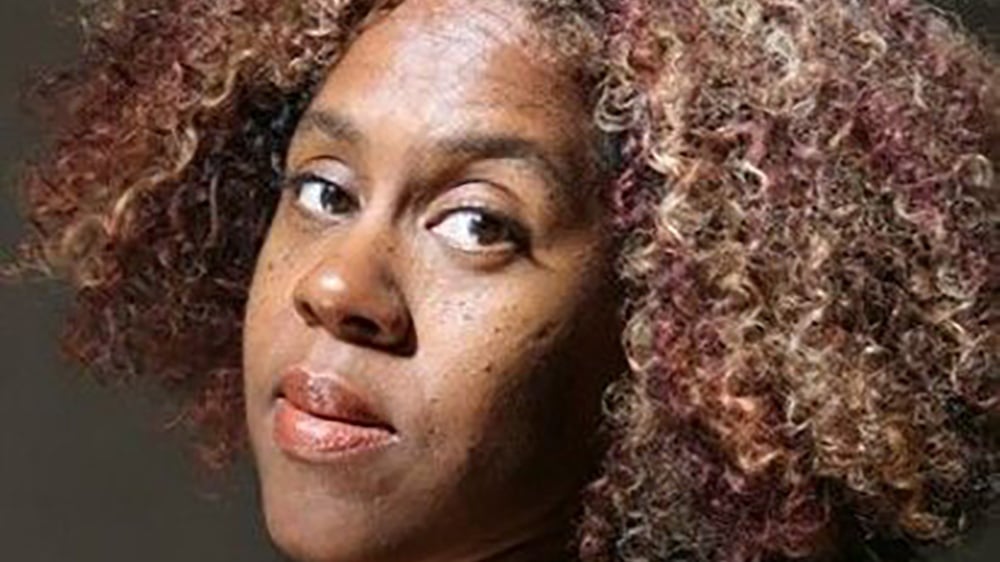 Errollyn Wallen is a testament to the power of hard work — after all, she wrote three operas last year alone — as well as the strength of serendipity. Once a dancer, Wallen, a Belize-born, Britain-based composer, explains that “music was always there, it’s always been a very natural part of me,” to such an extent that “it almost had to knock me over the head for me to realize that this is what I do.”

This weekend, Chicago audiences are the beneficiaries of this serendipitous, organic process, as they get to experience two contrasting works by Wallen in as many days. Opening on Saturday, April 23, Chicago Opera Theater will give the world premiere of Quamino’s Map, an opera the company commissioned from Wallen and librettist Deborah Brevoort. And on Sunday, April 24, Bella Voce will cap off its program of festive sacred and secular English music with Wallen’s “See that I am God.”

The opera tells the story of Juba Freeman, sung by Curtis Bannister, a formerly enslaved African American man who arrives in London after the American Revolutionary War. Meanwhile, “See that I am God” looks to the words of 14th-century female religious visionary Julian of Norwich. Both works examine pockets of history by adopting perspectives that are mostly forgotten today, and in some sense, Wallen shares, they’re both viewpoints that she can identify with. And in another bit of serendipity, the inception of both works can be traced back to a single year in Errollyn Wallen’s compositional career.

WFMT: Talk to us about Quamino’s Map. Where does that story come from, and how did the opera come to be?

Wallen: In 2000, I read the book Incomparable World by S.I. Martin. I thought that one day I must make some stage work about this story.

Fast-forward 22 years, and Lidiya Yankovskaya was asking if I could write an opera for Chicago Opera Theater. Deborah Brevoort and I were running ideas for stories to COT, and I had actually just acquired the rights for that novel. I was planning on making a musical out of it, but I mentioned the story to Deborah, and both she and COT just loved it.

It feels like I’ve been carrying this world with me for a long time. It’s a world of Americans in London, and I have a very strong connection to the United States because of my parents and my family. Being set in the eighteenth century in a part of London I also know very well — Greenwich, Covent Garden, Pall Mall.

A lot of events came into play for this to happen. I feel this is the right time, the right opera company, the right singers; it’s a very good team.

WFMT: Has the decision to go the operatic versus musical route dictated the shape of the story and the music? 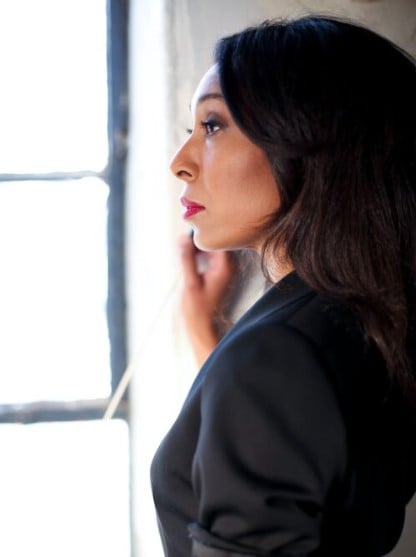 Wallen: It’s definitely an opera in that the music drives the action and it’s sung-through. But what that musical theater direction has informed is that the opera is really tuneful. It’s a truly accessible opera because I want everybody to be drawn into the story. It’s so colorful and dramatic, and the music draws from a range of sources from the blues to sea shanties to street music, even to vaudeville in addition to strains of 18th-century music.

The band is quite interesting. We’ve got a saxophone, but we’ve also got a harpsichord.

Certainly in the United Kingdom, so many of us composers now embrace all sorts of music. I think we’ve moved out of a period where to be a composer was to deny the presence of an audience. This opera is for people to enjoy and see themselves in. It’s got a lot of humor in it, as well.

WFMT: Harpsichord and sax! Is that a combination you’d used before?

Wallen: No, I hadn’t. For me, the orchestra is a huge part of opera: the whole atmosphere, the whole backdrop, the whole underpinning of emotion. So for this story, the orchestra had to be a little anarchic. We have street scenes where there’s a lot of raucousness, but there are also scenes where I want to give a hint of the period in quite a playful way.

WFMT: You mentioned that your story shares some similarities with that of your character. How do you hope that the audience sees themselves in Quamino’s Map?

Wallen: I want people to know that in the 18th century, there were Black people living in London and that there were different types of lives that they were leading. If you were to say that to a British person, they probably wouldn’t believe it.

WFMT: That is a great way to segue into the second piece of yours that Chicago audiences will get to hear this weekend. “See that I am God” inhabits another corner of history that we really don’t hear about, setting the words from a 14th-century woman, a religious figure named Julian of Norwich. 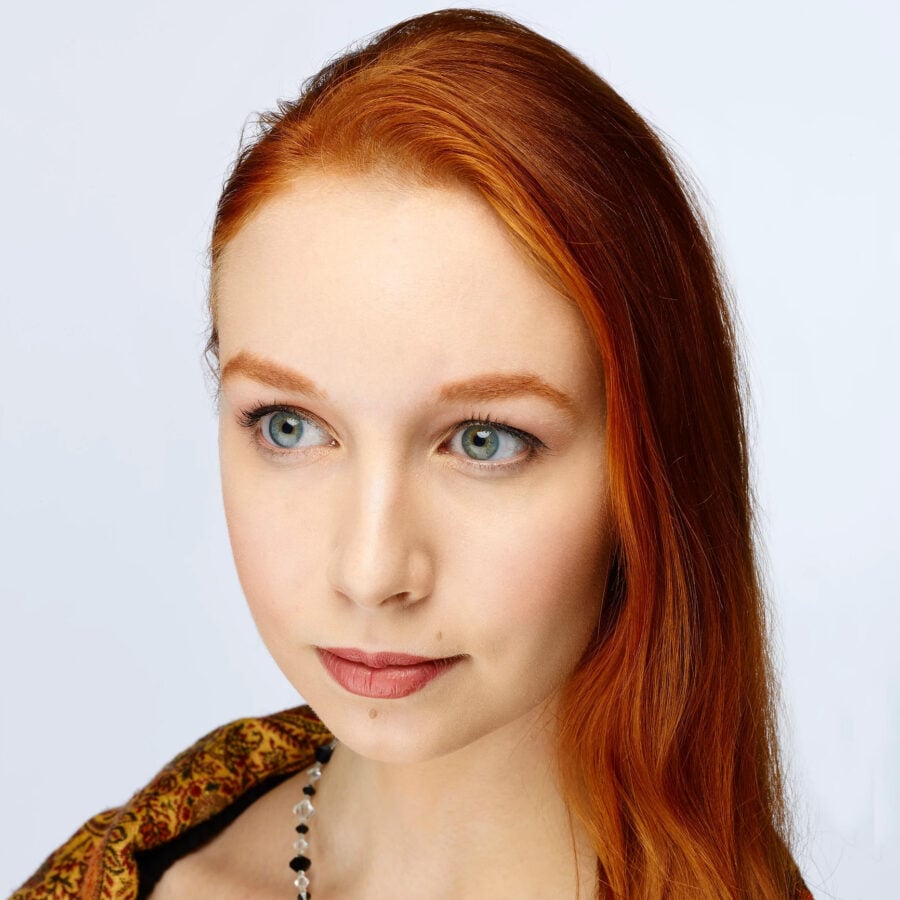 Wallen: Julian of Norwich was a mystic, but she wrote so many texts and poems. The work was commissioned by St. Paul’s Cathedral in London to mark the 20th anniversary of women as priests in the Church of England.

St. Paul’s chose the text, which is basically about the fact that God is in everything. It was composed for a mixed consort of singers with organ.

I remember composing this work and thinking about the relatively short history of women in the church. But then thinking of Julian of Norwich and her deep, incredible faith, I was thinking of how it’s been so hard for women. There was such resistance to women priests. When I was composing the piece, a friend said to me, “I don’t really believe that women should be priests,” and I was struck that people could still hold those views.

WFMT: In your program notes, you say that the “consummate combination of voices and organ depicts the mystery and exhilaration of faith.” What do you mean by this?

Wallen: I spent one year at Cambridge, actually, it was the same year that I read Incomparable World. In that time, I had works performed in the King’s College Chapel, and it was then that I started to understand what religious music can mean, even to people who may not have a religion or faith.

It’s driven by the power of music and words. I think that tradition will never die. I didn’t grow up in that particular tradition, but I understand it. And composing “See that I am God” was quite a turning point for me compositionally.

Chicago Opera Theater presents the world premiere run of Erollyn Wallen’s Quamino’s Map on April 23, 29, and May 1 at the Studebaker Theater. Bella Voce performs Wallen’s “See that I am God” as part of its program Many are the Wonders on Sunday, April 24.

This interview has been edited for length and clarity.

In the Age of the Visual Album, What Can Opera Learn from Beyoncé?
Inside Chicago Composer Stacy Garrop's Rousing Eco-Oratorio 'Terra Nostra'
Decade in Review: The 2010s and Classical Music
Celebrate Art Song and Living Composers in Chicago and Beyond at this Three-Day Festival
Music, Fable, and Batman: Why Beethoven's Story Makes for a Perfect Comic Book
Waltzes in a Pandemic: How Vienna Phil Will Continue Its New Year’s Tradition