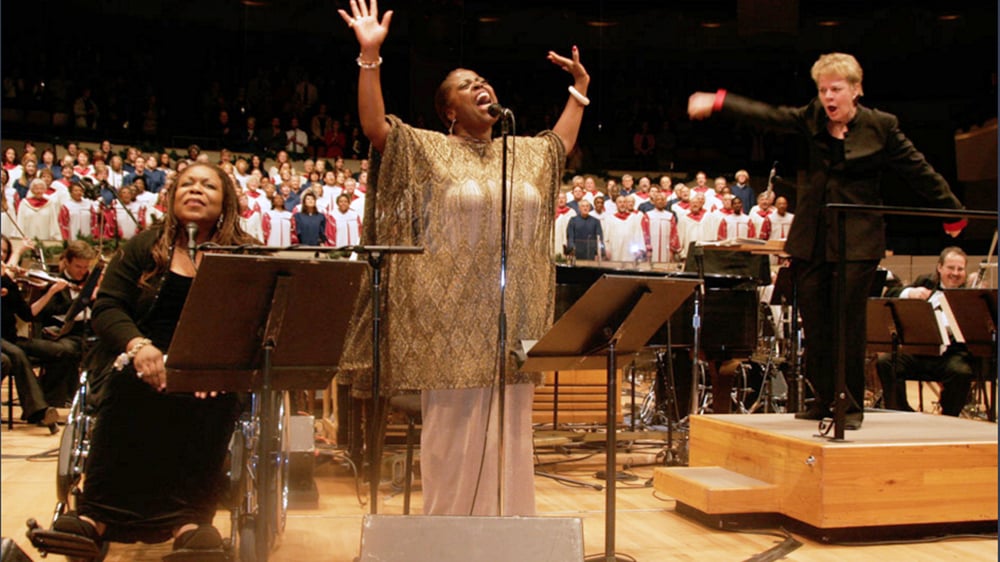 Marin Alsop, who commissioned Too Hot to Handel, conducts a performance of the work.

Handel’s Messiah has been a perennial favorite since the oratorio premiered in Dublin in 1742. Like any beloved classic, the work has also been a favorite for composers to adapt. Handel reworked Messiah several times during his own life. Mozart created an arrangement of the piece, too. Since, everyone from David Axelrod to Gabriela Montero has offered their own take on Handel’s masterpiece. 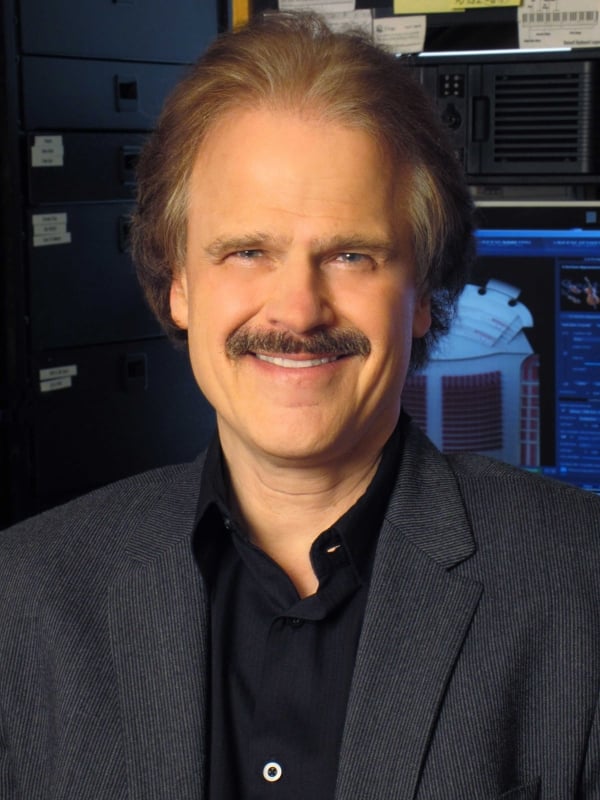 Composer Bob Christianson, one of the co-creators of Too Hot to Handel

Too Hot to Handel: The Gospel Messiah offers a contemporary, American interpretation of Handel’s original. We spoke with Bob Christianson, one of the composers who arranged Too Hot to Handel, about how he and his colleagues gave Messiah a modern make-over.

“It was Marin Alsop’s idea. She wanted to do this,” Christianson said. “When she would conduct the regular Messiah, people would always say to her, ‘I love the Hallelujah chorus, but why does it take so long to get there?’ So we decided to make some changes.”

Alsop enlisted Christianson and composer Gary Anderson to update Messiah. “We met at Marin’s apartment in New York and all three of us just started picking and choosing which movements to do and which not to do. We decided to focus on the Christmas section of Messiah, and we also ended up not using a bass soloist, requiring only soprano, mezzo-soprano, and tenor soloists.”

“One we decided how the feel should be and who the singers should be, we basically we went off and worked independently. Gary did his charts and I did my charts, and we basically didn’t talk for months.”

Before sitting down to re-arrange one of the most popular pieces of music in history, Christianson had only performed Messiah once. “I was in the choir at SUNY Potsdam and we performed the complete Messiah  and it was great. But it did take too long to get to the ‘Hallelujah’ chorus.”

Some musicians perform Messiah many times each year. Christianson found that having less familiarity with the work was beneficial to him, however.  “When I sat down to work on my charts, I wasn’t as encumbered by the original as I might’ve have been if I had been more familiar with it. Gary didn’t have much more familiarity with it, either, which I also think was good.

When Christianson and Anderson divided up the work to re-arrange Messiah, “Gary basically did all of the really great big band charts, and I did more of the stuff that gets people standing up and singing,” he explained.  “I am alright with big band writing, but I am nowhere near as good as Gary.”

But what changes, exactly, did the composers make to Messiah?

“Some of the tunes stay fairly close to the original,” Christianson said. “One number, ‘Why do the nations,’ is basically exactly the same melody and harmonic progression.”

“But in general, we tended not to just take the chords and the melody and put a different groove to it. We recomposed most of it. For ‘He shall feed his flock’ I use the same melody for about four measures, then I go off into something different. Once the singer knew where I wanted to go, I’d have them use that as a template to improvise.”

For those that might think this is sacrilegious – Handel recycled some of his own music for Messiah, making changes when necessary. For example, the famous chorus “All we like sheep” was actually an Italian duet, “Nò, di voi non vo’ fidarmi,” originally.

The changes that turned “Nò, di voi non vo’ fidarmi” into “All we like sheep” are relatively straightforward. But Handel was known for taking a simple melodic idea and “spinning it out” into a new piece using a technique called Fortspinnung (literally “spinning-forth”). The main “riff” in the violins of Handel’s aria “Va col canto lusingando” is the same as the riff in his aria “Hush, ye pretty warbling quire,” though how those riffs are developed are entirely different (click the links to hear them on YouTube).

So, if Handel can totally rework musical material, what’s to stop Christianson and Anderson from spinning out Handel’s melodies into soulful, modern expressions?

“It’s called the ‘gospel’ Messiah, and rhythmically it absolutely has gospel in it, but it’s more of an R&B and jazz type of thing. I have been influenced by a lot of classic funk, so it has a bit of a Tower of Power feel to it, too.”

Christianson has incorporated some of these sounds into the score from what he has learned working alongside some of the greatest musicians of our time, including Aretha Franklin and Chaka Chan. He even had the same vocal coach as Renée Fleming when they were students together.

“In New York,” he said, “I have been lucky enough to be a studio musician with some of the best guys in town, so I got to absorb a $#!& load of stuff. As a result, I feel comfortable writing in a lot of different styles.”

“I like to think of myself as a chameleon,” he added. “If I had to write the same stuff all the time I would probably do something else. I like doing stuff that’s different. But no matter what style you work in, who you are as a composer will come out.”

Despite some of the alterations to the score, Too Hot to Handel is “not as different from the original as something like Handel Rocks [a rock version of the piece]. They just took the words, they totally changed everything else.”

Since Too Hot to Handel premiered, the work has undergone few changes, other than minor corrections, Christianson said. “There’s something that works and we don’t want to change it. I tended to overwrite a little bit. Gary was more conservative and added a little more space in the score. Sometimes, when you’re really eager as a composer, you fill all those spaces with extra stuff, and so he helped me realize where to put some space in it.”

“There’s also a lot of room for the singers to make the pieces their own, so there’s some flexibility there. Sometimes the orchestras change things too, especially with the grooves. The grooves they play in Chicago are not exactly the same grooves Gary and I wrote and that’s totally fine. There’s enough freedom in the piece to do that.”

To learn more about upcoming Chicago performances of Too Hot To Handel, visit the Auditorium Theatre’s website.

To learn more about Bob Christianson, visit his website.