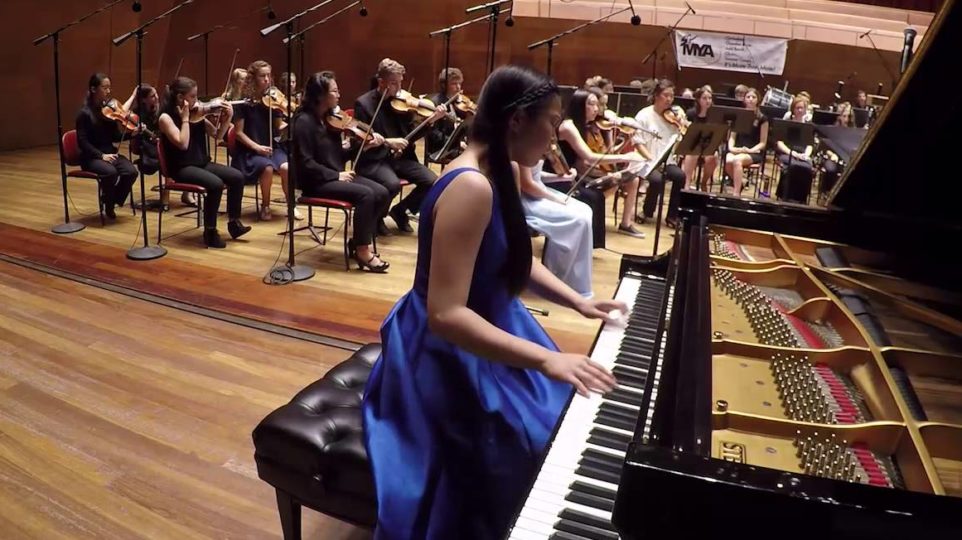 On Saturday’s live broadcast, we feature 15 year old pianist Kimberly Han. Kimberly is a freshman at Lake Forest High School. She is one of the eight 2016-2018 Lang Lang Young Scholars. She started piano lessons when she was five and a half years old, and has been studying with Brenda Huang for 9 years. She is also takes masterclasses with Alexander Korsantia, Vladimir Feltsman, Hung-Kuan Chen, Susan Starr, and Robert Hamilton during summer programs. Kimberly is a frequent award-winner in many music competitions: East Central Division / Illinois State Winner of 2016 MTNA Junior Competition, 2013-2015 Walgreens National Concerto Competition Winner, Winner of Crain-Maling Foundation Chicago Symphony Orchestra (CSO) Concerto Competition Youth Auditions in March 2015, and Winner of CSO “Carnival of the Animals” Audition in January 2015, Piano Winner of 2014 11th DePaul Concerto Festival, First Place winner of 2013 15th Chopin Youth Piano Competition, along with many more. As a solo pianist and chamber musician, Kimberly has performed in L’Auditori of Barcelona, Spain, Chicago’s Symphony Center, Preston Bradley Hall in the Chicago Cultural Center, DePaul Concert Hall, Bennett-Gordon Hall at the Ravinia Festival, and Pick-Staiger Concert Hall at Northwestern University. Kimberly was featured on WFMT 98.7FM Introductions in January (as a soloist) and August (in a duo) 2015.  In September 2015, The North Shore Journalfeatured Kimberly as a young musician in the “Standout Student” column. In her free time, Kimberly loves playing violin with the Midwest Young Artists (MYA) Symphony Orchestra, her chamber ensemble Trio Fiammata, and the Lake Forest High School Symphony Orchestra. She also enjoys reading and traveling around the world with her family. To give back to the community, Kimberly also performs extensively in retirement centers across Chicago and teaches violin to kids from unprivileged districts as a participant in the MYA Young Music Scholar program.