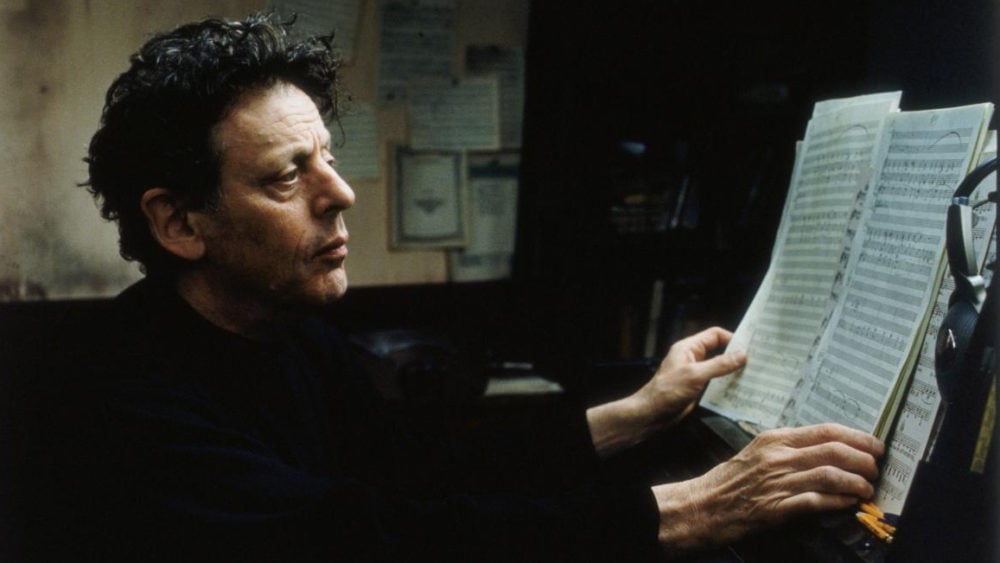 Philip Glass is simultaneously one of the best known and most misunderstood composers of our time. Though he has many fans, he also has many critics.

When Donal Henahan was the New York Times’s senior critic, he described Glass’s opera Akhnaten as “one more example of going-nowhere music” that provides mere “backgrounds of continually repeated, barely varied sound patterns. They stand to music as the sentence ‘See Spot run’ stands to literature.” In the same 1984 review, He complained that, “It is as if in [Glass’s] schooling he never got beyond Hanon and Clementi, or perhaps the first prelude of Bach’s Well-Tempered Clavier.”

In the years since, critics have not changed their tone. Tom Service’s “A Guide to Philip Glass’s Music” published in the Guardian UK begins with the following criticism: “Some of his later music makes my toes curl, but there’s no denying the huge importance of Glass’s compositions with their unique combination of experimentalism and listener-friendliness.” He continues, “I’m trying, I really am. But I can’t hear anything in Philip Glass’s symphonies.”

Some composers have expressed negative attitudes. Ned Rorem famously said Glass’s music is “all style and no content.”

It’s not just critics and composers who are sometimes bewildered by Glass’s work. Reddit user Fibernone asked a question that many music lovers have asked before: “Is there something about the quality of his music I just don’t understand?”

In February 2016, Philip Glass visited the Windy City, where he spent formative years as a student at the University of Chicago. Before presenting the Chicago premiere of his complete Etudes in a concert at the University, he mused on this topic. “What’s most misunderstood about my music?” he repeated. “Let me tell you a story.”

“Years ago I was traveling with my ensemble to Cologne for a very famous new music program. There was a radio station in Cologne, but I wasn’t playing at the radio station at that time; I was playing at another hall.  I decided I would go and talk to someone there to see whether they might be interested in playing something of mine. So I went to see a young guy there, he was about my age, in his thirties, and I said that I would like to have something played on the radio and asked if he would be interested and he said, ‘Can we see the music?’ He looked at it and said, ‘You know, I just have to ask you a question. Have you ever thought of going to music school?’ And I said, ‘Uh, I don’t think I’ll be doing that now.’ I did see him again, I came back two years later to the station and he forgot that he had met me.  This time we played the same pieces and he thought they were great.

“So in these kinds of goofy and completely hilarious ways, I had invented a music language— how could that be? I have real roots in not only concert music of Europe and America, but I have training from people from India and Africa for that matter.  The language wasn’t dreamed up in some eureka moment. In fact, if we look at my particular generation, which is a small cluster of people, things were quite different today and they were quite different before.

“We were experiencing our work in the context of theatre, film, and dance. It made a little sense in that world and there was always Harry Partch and Conlon Nancarrow. We almost had John Cage, who became a great teacher and a friend to a lot of people, but at first John Cage was doing prepared piano pieces and he was considered on the moon somewhere. But in fact, as a cultural construct, it is completely interdependent.  It doesn’t exist by itself not only in terms of its legacy, but in terms of its practice.

“That’s the misunderstanding; the misunderstanding is that musicians and artists are somehow dreamers who live by themselves. Yet, at the same time you have Einstein. When he was working on the theory of relativity, he was trying to reconcile questions of classical physics that were not solvable. It required a completely different way of looking at the physical world for things to make sense.  It’s 2016 and they’re still confirming his theories. I mean this is an astonishing idea—two galaxies colliding—what can that possibly mean? And yet, the vibrations have been found. Well Einstein thought he was right and there are pictures of Einstein when he was around forty years old and a little foxy looking like he’s saying, ‘I told you so’.

“Einstein wasn’t alone either; there were the Maxwell experiments with light.  I mean, there are all kinds of things that indicated classical physics was about to be abandoned. He was the first one over the wall maybe. In fact, they say if there was any misunderstanding, it is that we live separate lives—we don’t, we live interdependent lives, especially in the arts, if not in social sciences, and certainly in politics (though you hardly could believe that from what you see in the papers, but we won’t go into that, right?).”

The experience of the man Glass met in Cologne is not entirely different from that of others. Robert T. Jones, for example, trivialized Glass’s music in a 1969 review, though years later, he praised the opera Satyagraha, saying it “shines with a luminous beauty that makes it the most sensuously appealing of all Glass’s works.” In 1984, he would go on to write program notes for New York City Opera’s Akhnaten, and in 1987, he edited Glass’s book, Music by Philip Glass. Jones, like the man in Cologne, changed his attitudes about Glass’s music.

70th Anniversary Special: Interview with Almita & Roland Vamos
In the Age of the Visual Album, What Can Opera Learn from Beyoncé?
Decade in Review: The 2010s and Classical Music
An Unusual Undertaking: Pianist Preps for 12+ Hour Performance
9 Works by Women Writers We Want to See Adapted into Operas
'The reach is exponentially larger': How Kamala Sankaram Brings New Audiences, Stories to Opera