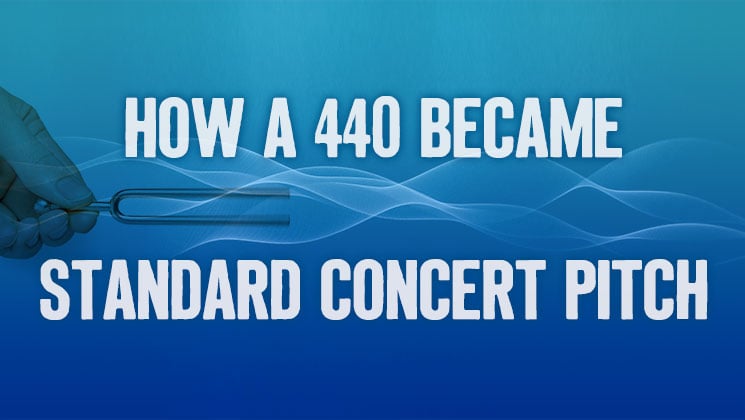 To play in tune together, musicians have to tune their instruments together using a fixed pitch as a standard. For most ensembles today, that standard is A 440, meaning the note A above middle C is tuned to a frequency of 440 Hz. But how did that pitch become fixed at 440 Hz?

The answer lies in the Deagan Building, a hundred-year-old factory in Chicago’s Ravenswood neighborhood that is now home to Century Mallet Instrument Service. The building has produced some of the world’s finest percussion instruments by J.C. Deagan, Inc., founded by J.C. Deagan himself. Deagan not only set standards for building instruments, but he also helped establish standards for tuning them. Watch the video below to find out why Deagan advocated for using A 440 as a standard pitch.

So curiously, though many people think of primarily unpitched instruments when it comes to the percussion family, pitched percussion instruments helped establish A 440 as a standard to tune all instruments. After decades of Deagan lobbying, the American Standards Association established 440 as standard pitch in 1936.

One time, the Deagan Building was completely devoted to manufacturing instruments. One hundred years after the building was erected, you’ll still find some of the best percussion instruments in the world inside at Century Mallet Instrument Service.

The company was founded in 1980 by Gilberto Serna, who trained and worked with Deagan for over 15 years. Today, the company is owned by Andres Bautista, and services instruments from some of the world’s leading musical institutions including the Chicago Symphony Orchestra, New York Philharmonic, Vienna Philharmonic, London Philharmonic, and Royal Opera Stockholm. 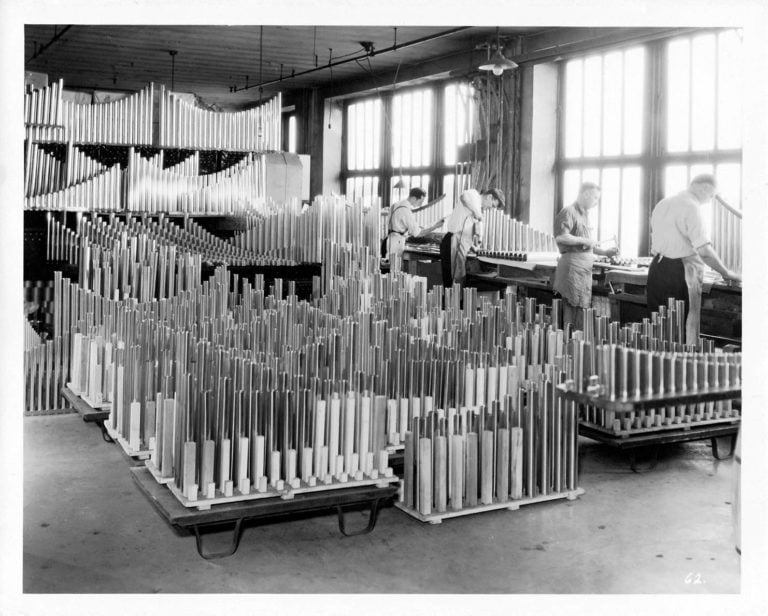 Summer is an especially busy time at Century Mallet since most orchestras and conservatories aren’t as active as they are during the regular concert season. Century Mallet does everything from small instrument repairs to full restorations, which can take anywhere from 4-6 weeks to several months.

In the tradition of J.C. Deagan, Inc., Century Mallet repairs and restores primarily pitched percussion instruments like marimbas, xylophones, and vibraphones. Of course, the percussion family includes many more instruments than that, which is one reason all-percussion ensembles might be so popular today. 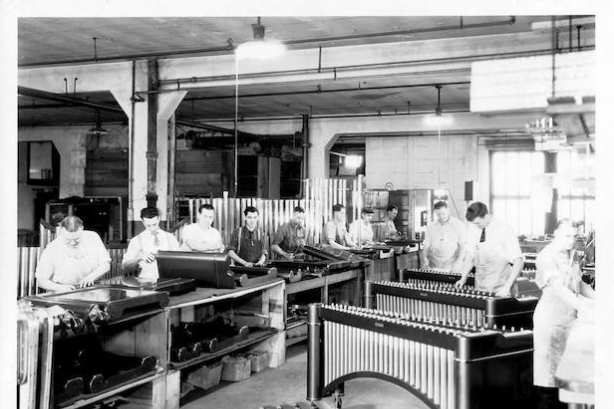 Some of the best percussion instruments have been manufactured in the Deagan Building in Chicago (Source: Century Mallet)

There’s something so primal about percussion instruments, that they’ve impacted how we tune all instruments.

To learn more about Century Mallets, visit its website, or visit the Deagan Building when it is open to the public during the Ravenswood Art Walk.

70th Anniversary Special: Interview with Almita & Roland Vamos
11 New Chicago Ensembles You Should Know
In the Age of the Visual Album, What Can Opera Learn from Beyoncé?
Waltzes in a Pandemic: How Vienna Phil Will Continue Its New Year’s Tradition
Wilco Drummer Glenn Kotche on Composing from the Drumkit, His Favorite Classical Music
Bach, Borge, Biden: Ed O’Keefe, the CBS News White House Correspondent Who Came To Play