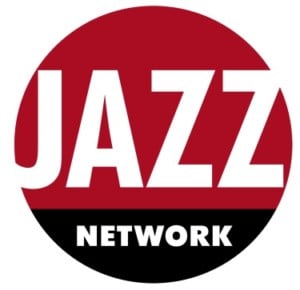 CHICAGO – December 12, 2016 — The WFMT Radio Network, the global fine arts radio syndication division of Window to the World Communication, Inc., will be launching several major initiatives to expand its Jazz radio production and syndication in the coming year. The centerpiece of this development is the debut of a newly branded 63-hour a week Jazz Network produced in Chicago by new four local hosts with extensive and varied Jazz and/or radio experience:

This Jazz Network will be heard on more than 300 radio stations in 28 states plus Puerto Rico and China.

While the WFMT Radio Network has offered a syndicated Jazz Network for more than 15 years (hosted for many years by California-based radio announcer Bob Parlocha), the new Jazz Network will be the first time the program is produced locally with Chicago-based talent. The program is broadcast by stations for varying numbers of hours each week, with many stations using the program as evening/overnight content. The new hosts will showcase a wider range of Jazz recordings, including more new releases, complemented by unique anecdotes and insights into the music.

In addition, the WFMT Radio Network has made it a priority to showcase more Jazz performances from Chicago for national/international radio audiences and is working with local partners such as the Department of Cultural Affairs and Special Events and the Experimental Sound Studio as well as global radio partners such as the European Broadcasting Union and others to share some of the city’s most exciting and significant Jazz performances with radio audiences around the world in the coming years. The new Jazz Network hosts will play a central role in helping curate that content.

“We are excited to put Jazz front and center in the WFMT Radio Network’s portfolio of globally syndicated arts radio programs,” said Window to the World Communication, Inc. President and CEO Dan Schmidt, “Chicago is one of the world’s most important jazz cities, from the days when Louis Armstrong, Benny Goodman, Earl Hines and other Jazz greats called the city home almost a century ago to today’s vibrant Jazz scene. The WFMT Radio Network is proud to be able to serve as a creative media ambassador for Chicago Jazz and Jazz more generally.”

The new WFMT Radio Network’s Jazz Network will begin being heard nationally on January 10, 2017 with Dave Schwan and Neil Tesser as hosts (Dee Alexander and John Hill’s programs will begin to be heard in the spring of 2017).

The new Jazz Network and related Jazz programming will be an important addition to the WFMT Radio Network’s evolving portfolio and will play a key role in the Network’s goal of showcasing Chicago art and culture for the rest of the world. The WFMT Radio Network is also working to develop syndicated programming about blues, gospel, house and other music with strong ties to Chicago.

Plans for the Jazz Network to be heard locally in Chicago are still in development.

Biographies of the Jazz Network hosts are below.

For information on the WFMT Radio Network’s new Jazz Network or for interviews, please contact: 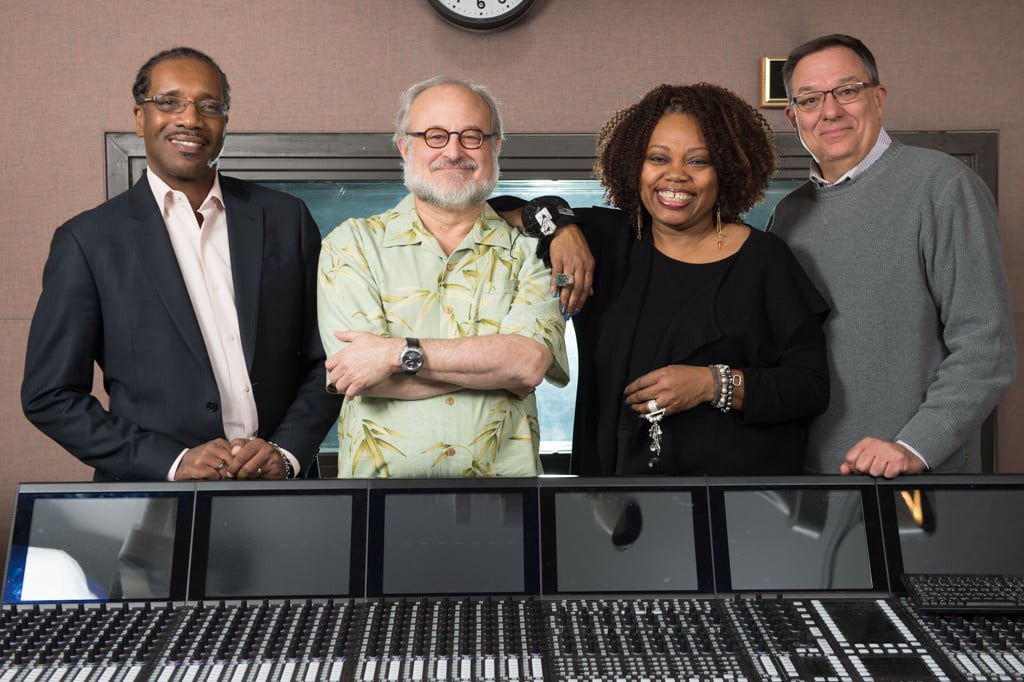 Dee Alexander is one of Chicago’s most gifted and respected vocalists/songwriters. Her musical interests span virtually every genre especially those related to the African diaspora including: Gospel, R&B, Blues, Neo-soul and other global musical forms. Her true heart and soul though, are ultimately expressed in their purest form through her explorations in “jazz”, the one idiom that can encompass all her interests and influences. Ms. Alexander gravitated toward this musical form at an early age.

Recent career highlights include appearances at the 2016 INNtöne Jazzfestival in Diersbach, Austria; the 2016 Sons d’Hiver with Michael Zerang and Hamid Drake in Paris; the 2015 Joy of Jazz Festival in Johannesburg, S.A.; the 2014 International Jazz Festival in Liebnitz, Austria; 2014 Kennedy Center Honors with Jeff Lindberg and the Chicago Jazz Orchestra; the 2013 Newport Jazz Festival at which The New York Times called her appearance one of the year’s 10 best; the 2013 Mississippi Valley Blues Festival; in 2011 at the Umbria Jazz Festival; in 2007 in “Sirens of Song” Tribute to Nina Simone and Dinah Washington (commissioned by the Jazz Institute of Chicago) and the 2014 concert Made in Chicago/Funkin’ with Acoustic Soul: Tribute to Jimi Hendrix/James Brown at Pritzker Pavilion in Millennium Park; and Tribute to Abraham Lincoln: Proclamation of Hope with Ramsey Lewis at the Kennedy Center in 2010.

In addition to being a seasoned headliner in her own right, she has also shared the stage with Ahmad Jamal, David Sanborn, Earl Klugh, Gerald Albright, Roy Ayers, Joshua Redman, and Oliver Lake to name a few. Dee Alexander leads a quartet under her own name as well as has established the Evolution Ensemble, an acoustic group consisting of string and percussion instruments that puts a strong emphasis on original compositions. The Chicago group Women Driving Excellence honored Alexander as one of 2016’s Trailblazing Women. In 2012, she received the prestigious 3Arts Award in music and in 2011 the NAACP honored her for outstanding achievements in the arts. She was honored in 2009 by Muntu Dance Theatre of Chicago as the Alyo Awardee for Outstanding Service to the Arts. Chicago magazine named her “Best Chicago Vocalist” in its July 2009 issue. Ms. Alexander received the 2007 Chicagoan of the Year in Jazz Award and in 2008–10 Jazz Entertainer of the Year from the Chicago Music Awards. She a longstanding member of the Chicago chapter of the Association for the Advancement of Creative Musicians (AACM) and Chamber Music America.

As a Jazz radio host, producer, Program or Music Director for commercial and public Jazz radio stations, Chicago native John Hill has gained over 35 years of Jazz radio experience. His broadcast career started in Nashville, Tennessee, at Fisk University where he was instrumental in putting their Jazz-formatted radio station on the air. Afterward he served Detroit’s WJZZ as a staff announcer and Music Director for nearly a decade. John’s next opportunity brought him back home to Chicago, programming the popular Jazz and Gospel formatted WBEE radio in suburban Harvey, IL, serving Chicago’s south-side.

Currently employed at Northern Illinois University’s News and Blues-formatted WNIJ, John feels extremely fortunate to reprise the relationship with Jazz he describes as a calling. “Ever since, out of sheer curiosity, I bought an Ahmad Jamal LP from a neighborhood grocery store rack and discovered Jazz art, or maybe it was first hearing Nancy Wilson during one of [/fusion_builder_column][fusion_builder_column type=”1_1″ background_position=”left top” background_color=”” border_size=”” border_color=”” border_style=”solid” spacing=”yes” background_image=”” background_repeat=”no-repeat” padding=”” margin_top=”0px” margin_bottom=”0px” class=”” id=”” animation_type=”” animation_speed=”0.3″ animation_direction=”left” hide_on_mobile=”no” center_content=”no” min_height=”none”][legendary Chicago Jazz radio announcer] Daddy-O Daylie’s shows…when the opportunity came to play this great music on the radio, it was really like the fulfillment of a dream. So now, joining the WFMT Jazz Network is both a privilege and a real pleasure.”

Born and raised in Northwest Indiana very near Chicago, Dave Schwan has been around music all of his life.  Thanks to musical family members, Dave was exposed to jazz as early as age five and never looked back.  While playing and performing music on an amateur level, Dave has had a life-long fascination with the history of jazz, American music and its contributions to the world.  Dave believes that jazz is a true art form and agrees with Duke Ellington’s dictum: “If it sounds good, it is good.”

He has worked as a broadcast journalist and program host for nearly 40 years and has been associated with Chicago’s WFMT-FM since 2010.  In addition to music, travel is one of his main interests and that has taken him to all 50 U.S. states, Europe and Peru.  Along with taking in the history of these places, Dave has always made a point to seek out their musical culture as well, something that never fails to enhance a journey anywhere in the world.

GRAMMY® Award-winning journalist Neil Tesser has reviewed, reported on, and broadcast jazz in Chicago for 40 years. He previously hosted nightly jazz programs at NPR station WBEZ-FM Chicago (1980-1996) and WNIB-FM (1974-1976). From 2001-2005 he hosted the evening-drive program “Miles Ahead” on the AM dial, and from 2005-08 he co-hosted and produced the jazz commentary program “Listen Here!” syndicated on some 100 stations. He was the first winner of the Jazz Journalists Association’s “Willis Conover Award” for excellence in broadcasting, and in 2015 he received the Lifetime Achievement Award from that organization.

Tesser has authored liner notes for more than 400 albums, receiving an ASCAP Deems Taylor Award and, in 2013, the GRAMMY for his notes to John Coltrane’s Afro-Blue Impressions. Author of The Playboy Guide to Jazz (Plume Books), he has contributed chapters to the anthologies Jazz: The First Century (Morrow, 2000), The Oxford Companion To Jazz (Oxford, 2000), and Discover Jazz (2011), and he edited Learning To Listen, the autobiography of famed vibraphonist Gary Burton (Berklee Press, 2013). Jazz writer for the Chicago READER from 1973-2008, he the first jazz reviewer for USA Today and Playboy Magazine’s jazz critic from 1991-2002. He has also served as a monthly columnist for Jazziz Magazine and jazz critic for the Chicago Sun-Times, and his articles have appeared in The New York Times, Rolling Stone, Downbeat, and other magazines, as well as the web sites Examiner.com and Chicagomusic.org.

Tesser is a board member of the Jazz Institute of Chicago and a charter member of the programming committee for the Chicago Jazz Festival; he is also active in the National Academy of Recording Arts and Sciences (the GRAMMYs), serving on several national committees and as Vice Chair of that organization’s Board of Trustees during its 50th anniversary celebration.

ABOUT THE WFMT RADIO NETWORK

The WFMT Radio Network produces more than three dozen fine arts radio series and specials for broadcast on hundreds of stations throughout the United States and the rest of the world.

The Network’s current and recent programs include:

For more information on the Jazz Network or the WFMT Radio Network in general contact: