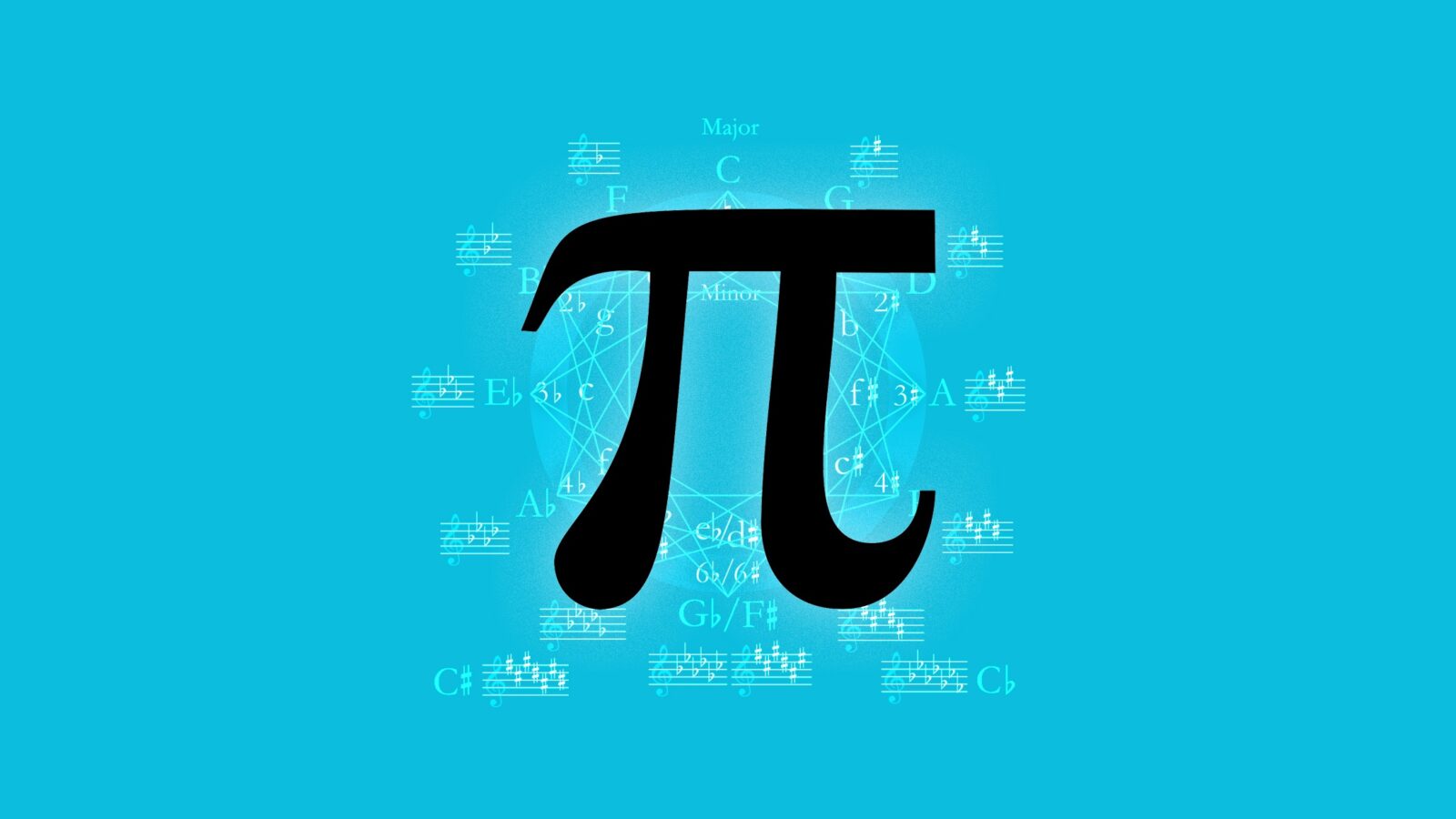 Everybody loves a good fugue, but you’ve never heard a fugue like this before. This “Fugue on Pi” was uploaded by YouTuber Gregory Ristow on March 14, 2014. March 14th is, of course, Pi Day, since the date corresponds to the first several digits of pi.

Pi is an infinite, irrational number that’s defined by the ratio of a circle’s circumference to its diameter. Ristrow took the first 21 digits of pi, 3.14159265358979323846, and turned them into the subject of a fugue (in three voices, of course).

Below the video, he wrote: “Happy Pi Day! I had a spare hour this morning, so I decided to toss off a quick fugue on Pi. If you translate the numbers of Pi to degrees of a scale (I use low 7 for 0, and high 2 for 9), you get a pretty nice fugue tune.) Enjoy!”

Many musicians describe an eight-note scale using numbers. The notes of the scale (do-re-mi-fa-so-la-ti) can be represented 1-2-3-4-5-6-7. The numbers can increase, of course. When you get back to “do” at the top of the scale, you continue with 8, and so on.

Ristrow, however, only needed to use single digits, so he stopped at 9. He explained, 9 equals 2, or “re,” in this system. And since there’s no 0 in this system, for 0, he decided to pick the second note of the scale, making 7 equal to the note “re” in the scale.

He sets the subject in a lilting 6/8 in a style somewhat similar to a gigue. The gigue was a popular dance form in the 17th and 18th centuries, and one that Bach often included in his keyboard suites and partitas as a lively, final movement, like the gigue that concludes in Partita in D for harpsichord, below.

Ristrow’s “Fugue on Pi” has buoyant rhythms, soaring leaps, subtle suspensions – all characteristics of a gigue. If you listen to the “Fugue on Pi” and follow along looking at the sheet music in the YouTube video below, it seems deceptively easy to compose. (For a printable version of the music, scroll down.) And in fact, fugues are easier than one might think to construct.

If you listen to the “Fugue on Pi” and follow along looking at the sheet music, it seems deceptively easy to compose. (For a printable version of the music, scroll down.) And in fact, fugues are easier than one might think to construct.

In the 18th century, musicians were expected to compose extemporaneously – or, improvise. Talented players could whip out a fugue on a subject given to them on the spot, simply by reducing the melody to its harmonies, and improvising upon it as if it were a bass line.

In Bach’s day, you could even buy books to teach you to improvise in any dance style of the time, including with sections on how to improvise dances in a fugue style. Bach and Handel wrote manuals on improvisation, and another manual, known as the Langloz Manuscript, is one such manual that is devoted specifically to fugal improvisation. If improvising a fugue seems farfetched to you, remember that musicians today improvise complex music all the time.

That’s not to say that fugues don’t take a good deal of skill to compose, be it on the fly or not. Ristrow, who composed the “Fugue on Pi,” in fact, is an Assistant Professor of Conducting and the Director of Vocal Ensembles at the Oberlin Conservatory. He earned his doctorate at the Eastman School of Music.

Ristrow’s genius is in how to chose to add rhythm to the melody implied by the numbers in pi, by his special rule for when he needs a pitch for 0, and by selecting the gigue as the style for the piece. If this is what he came up with in an hour, imagine what he could have come up with given more time!

The style fugue, like pi, is infinite in its variety.

Bach, Borge, Biden: Ed O’Keefe, the CBS News White House Correspondent Who Came To Play
Lyric Returns With Free Star-Studded Virtual Gala
Capturing the Chevalier, One of the Most Remarkable Stories in Classical Music
In the Age of the Visual Album, What Can Opera Learn from Beyoncé?
Wilco Drummer Glenn Kotche on Composing from the Drumkit, His Favorite Classical Music
Earth Day 2020: Stacy Garrop's 'Terra Nostra'