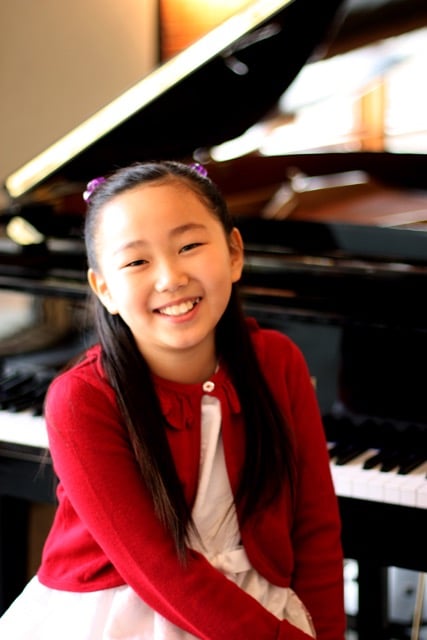 Emily is a 7th grader at Margaret Mead Jr. High School and studies piano with Brenda Huang. Emily started to play piano when she was 7 years old and when she was 9 years old, Emily made her solo concert debut at the Chicago Public Library, Cindy Pritzker Auditorium as part of the Young Piano Prodigies program.