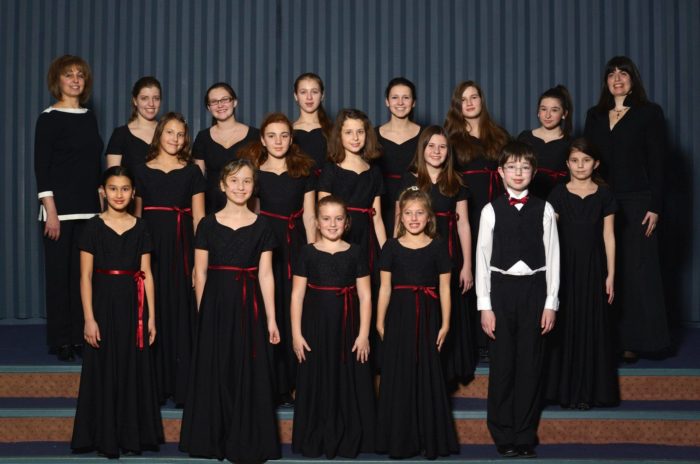 Campanella Children’s Choir was founded in the spring of 2000 and currently acts as the core of the Campanella Educational Center in Northbrook. Campanella consists of five choral groups (Beginners, Prelude Choir I & II, Treble Choir and Concert Choir). Campanella’s Concert Choir consists of 20 students ages 9 through 16.

The ensemble has participated in several competitions and has performed at many locations throughout Chicago including the Adler Planetarium and the Museum of Science and Industry. The Campanella Concert Choir has participated in the National Heritage Festival since 2006 and has won top prizes each year from 2009 to 2012 and was also ranked highest in 2016. The Concert Choir also gives regular performances at the St. Giles Episcopal Church in Northbrook.

“A Gentle Alleluia” (Based on Bach’s “Air” from the “Suite in D”), J.S. Bach, arranged by Linda Spevacek

“Sumer is icumen in”

“I Got Rhythm”, George Gershwin, lyrics by Ira Gershwin

“The Sound of Music”, Richard Rodgers, lyrics by Oscar Hammerstein