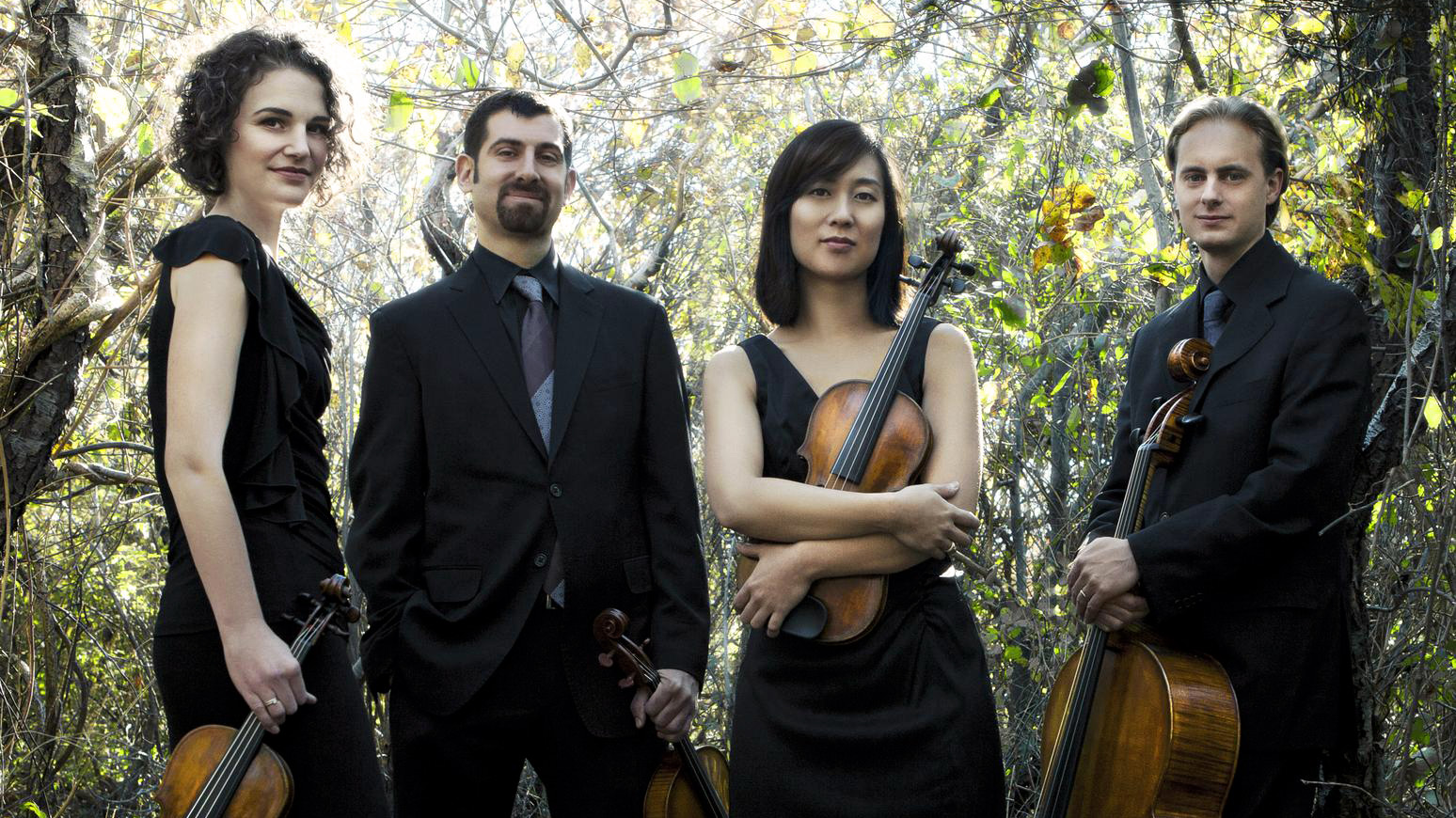 The ChiarBartókng Quartet has dedicated itself to finding ways of making the musical experience exciting and engaging. In a recent project, the quartet recorded all of Béla Bartók‘s quartets from memory and performed the complete cycle over two nights on September 7 and 8 at the 2016 Ravinia Festival. I spoke with three members of the quartet — Hyeyung Julie Yoon (violin), Jonah Sirota (viola), and Gregory Beaver (cello) — about the challenges of performing this repertoire “by heart.”

Lisa Flynn: Bartók’s six string quartets are considered among the crowning achievements of the 20th century. Why are these works are so significant in the development of the string quartet?

Gregory Beaver: These works were composed over a range of 30 years and really capture Bartók’s lifetime in a way that is very compelling. The First Quartet was written when he was quite young and has influences from Wagner and Debussy and the beginnings of what would become his life’s passion — folk music. In the Second Quartet, he takes a very strong leap into the folk music influences. In the Third Quartet, he was inspired by twelve-tone music and the kind of complexity he had heard in Alban Berg’s Lyric Suite. And then in the Fourth and Fifth Quartets, he was at the peak of his creativity, working with symmetrical forms and new music that sounds like folk music. By the Sixth Quartet, composed right in the outbreak of the Second World War, there’s an incredible shift, and you feel the sadness of that time period — the tragedy of what was happening to Europe, the personal loss of his own mother, and having to leave Hungary. And so you feel this incredible journey throughout these pieces. It’s really extraordinary.

Flynn: These are challenging pieces, not only for you, but also for an audience. What would you tell someone in the audience who is new to this music?

Jonah Sirota: What we’ve discovered in our research on Bartók and also from our own experience of playing this music is that it’s mostly about Bartók’s experience of music of the people. He was a huge lover of folk music and really helped to birth, along with Kodály, the field of ethnomusicology. In his own writing, he took the folk music that he had recorded and he tried to create a new language that was like folk music for a country that didn’t really exist. It’s a world of exotic, vivid colors and wonderful imitations of nature and the human voice. When we started to look at it that way, it opened up these rich possibilities. It’s no longer seen as this kind of angular, modern music but instead is music that’s very alive and speaks to us today.

Flynn: In addition to the folk sources, Bartók introduced several new string techniques to his music and specifically to these quartets. Tell us about some of those unusual techniques.

Hyeyung Julie Yoon: He uses a type of pizzicato where you pluck so hard that it rebounds against the fingerboard and has a very sharp, percussive sound. Musicians call it a “Bartók pizzicato.” We were at the Aspen Music Festival one summer and we got to witness a performance by the Takács Quartet and a Hungarian folk ensemble called Muzsikás. There was a bass player in this folk ensemble who had just three strings and the whole time he was using Bartók pizzicato. And so we thought that’s where Bartók gets it from!

Flynn: As you’ve done in earlier recordings and performances, you play these quartets completely by memory. I would imagine that not only do you know your own part intimately but each of you now knows the complete piece — the structure and all the other parts.

Beaver: One of the things we have all done in our lives as classical musicians is memorize pieces on our own. And so when we started memorizing as a quartet, we thought this is going to be similar, but it has actually been very different. There’s a kind of weird group memory that only exists when we’re memorizing something as a group. And the way we know that exists is because no matter how much preparation we do individually, the very first time we rehearse as a group, nobody can remember anything. Hearing someone else play something that’s slightly different from what you expect throws off your memory. And this is true for all of us. But that’s really just the craft of putting it together. The thing that’s exciting is what it allows us to do musically. Once we have gotten over the initial hump of memorizing, we’ve found it allow us to improvise as a group in a much more agile way than we ever could when we were playing with music in front of us. That in the end is what has prompted us to do this ridiculous extra work to memorize everything.