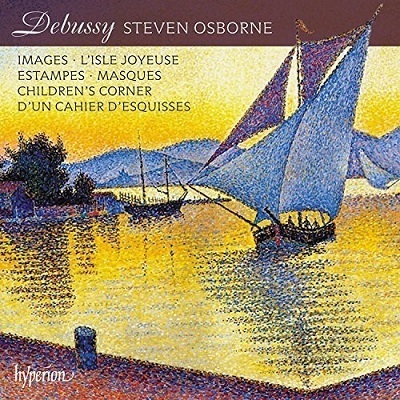 Steven Osborne is one of Britain’s most highly regarded pianists. His awards and prizes have included Gramophone Awards in 2009 and 2013, three German Schallplattenpreise, and the Royal Philharmonic Society Instrumentalist of the Year in 2013. Osborne’s unerring command of the elusive ambiguities of Debussy’s piano-writing has already been amply confirmed by his earlier recording of the two books of Preludes. These lustrous new accounts of the Images, Estampes and Children’s Corner are every bit their equal.