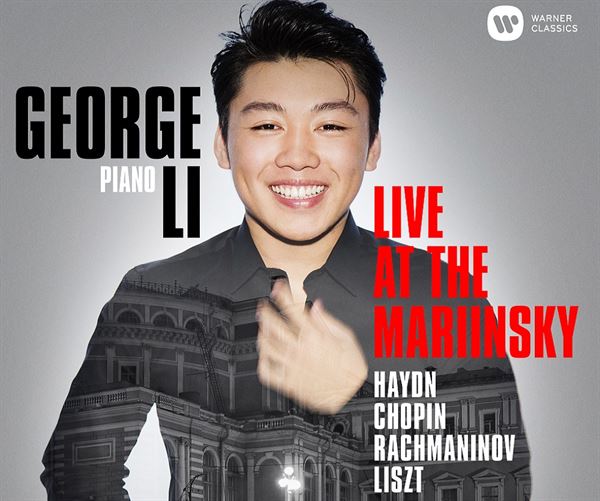 Pianist George Li celebrates his newly-signed exclusive Warner Classics contract with his recording debut, the solo recital ‘Live at the Mariinsky.’ The young American, winner of the silver medal at the International Tchaikovsky Competition in Moscow in 2015, offers an enthralling program of Haydn, Chopin, Rachmaninoff and Liszt. It was recorded live at the Mariinsky Concert Hall in that other great Russian city, St Petersburg, in October 2016.