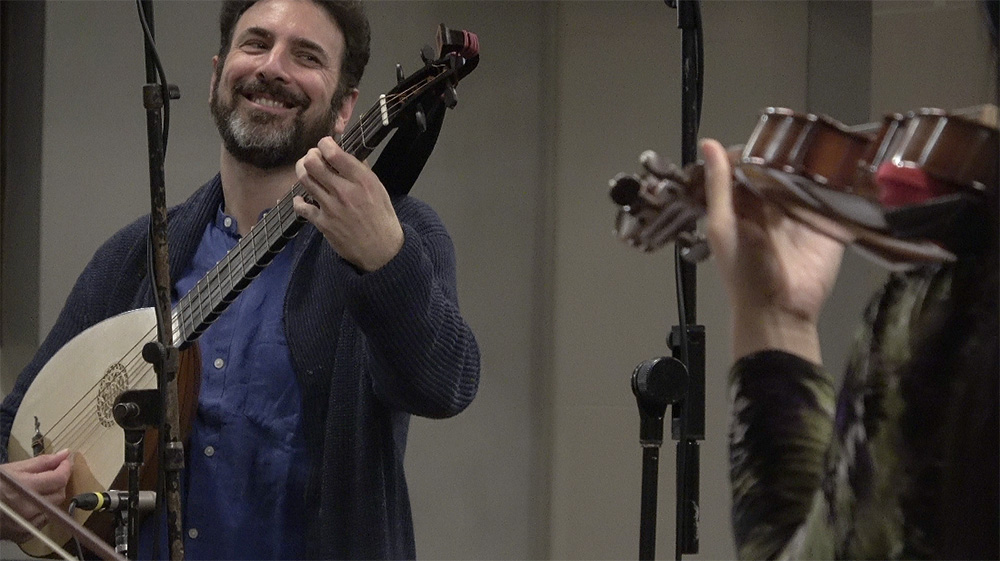 One of Chicago’s newest ensembles, now in its second season, is Third Coast Baroque, dedicated to bringing early music to new audiences. Artistic director Rubén Dubrovsky said, “Right now you get to witness the birth of an orchestra. Sometimes we’re just a few instruments; sometimes we are a full orchestra – because that’s how baroque music works. It requires flexibility. This flexibility allows us to explore the most intimate chamber works as well as other repertoire.”

Dubrovsky is also co-founder and director of the Bach Consort Wien. With his ensemble in Vienna, “We don’t do only Bach, but we do a lot of Bach. And when I first came to Chicago, I performed with the Chicago Bach Ensemble. So when I was thinking about what kind of music I wanted to make in Chicago, I thought about repertoire that would help expand the minds of the audience, but also allow room for the artistic growth of the ensemble.”

The ensemble’s inaugural concert, which took place in November 2016, featured a mix of the familiar and less familiar: the music of Claudio Monteverdi and Mexican Baroque composer Gaspar Fernandez. Since, Third Coast Baroque has continued to perform beloved classics and works that may be new to you.

For the ensemble’s final concert of the 2017-18 season, they are featuring the music of Antonio Vivaldi. “Everybody knows Vivaldi, but most people know only the The Four Seasons. Some people know his other concertos, but not many people know his vocal music. He wrote fantastic vocal music for the church, but also many operas. Some of his operas are lost, some of them, we’re still finding.” Dubrovsky has invited one of the world’s foremost interpreters of Vivaldi, mezzo-soprano Vivica Genaux, as the featured soloist on the program.

“Even if people do know some of Vivaldi’s music like The Four Seasons, they may not know that he composed many of his most famous works for young women in an orphanage,” called the Ospedale della Pietà. “Vivaldi was not just a composer, but also a teacher. He had such incredible virtuosos at his disposal playing all kinds of instruments, which is why some of his concertos call for unusual combinations.”

“There’s been a viral video going around of a viola player with a GoPro attached to their instrument, attempting to prove how boring the viola parts are in Vivaldi. But the concerto we are playing,” which you can watch an excerpt of below,” has very active inner voices. To me, this indicates that Vivaldi had sophisticated musicians and audiences, since he would not necessarily have written those parts unless his listeners could appreciate the intricacies of them.”

Watch a sneak peek of Third Coast Baroque’s upcoming concert, Vivica and Vivaldi, by watching them perform the Allegro from Vivaldi’s Concerto for Strings in G minor in a rehearsal at Trinity United Methodist Church in Wilmette, IL, below. Dubrovsky leads the ensemble playing the colascione, a member of the lute family.

For more information about Third Coast Baroque, visit its website.